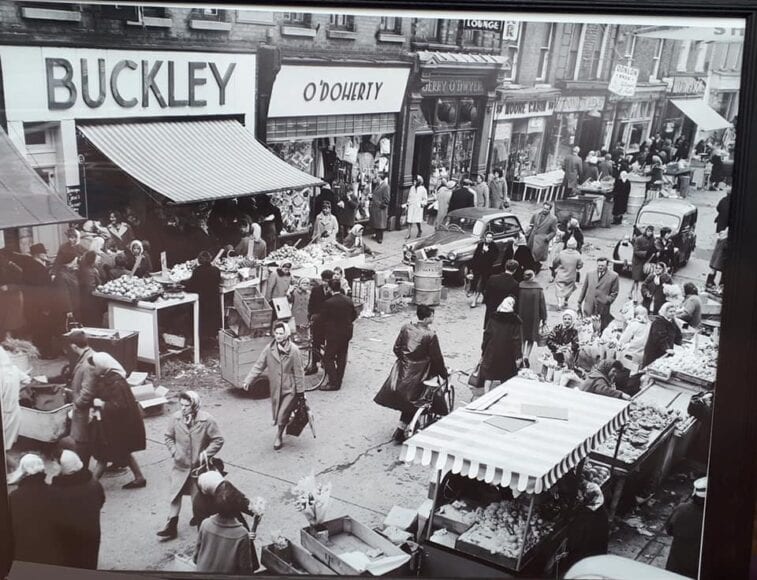 The 1916 Relatives Alliance has expressed disappointment that the latest plans for Moore Street seem to favour a “go it alone” approach by developers.

Much of the site has lain derelict for 40 years and Hammerson has scrapped plans for an enclosed shopping mall in favour of an open scheme with two new civic squares, shops, offices, apartments, a hotel and a metro station.

It also proposes a “historical trail” to commemorate locations throughout the site where some of the fiercest street battles of the 1916 Rising took place.

However the 1916 Relatives Alliance, while welcoming the fact that the “infamous” park in the sky plan is binned, say they have many reservations.

Their spokesperson James Connolly Heron, who is also spokesperson for Relatives of the Signatories to the Proclamation, said their concerns must be taken on board.

He told Dublin Gazette: “It is disappointing that the latest Hammerson announcement makes no mention whatsoever of the recommendations of the Advisory Group to the Minister that included contributions from all interested parties.

“All agree that the area be developed with its streets and laneways intact as a cultural historic quarter so that visitors and citizens can walk in the very footsteps of those who fought in the last battle of 1916.

“Unless these recommendations are taken on board and the area developed in line with its status as the last remaining intact 1916 theatre of conflict no real progress will be made outside of courtroom deliberations.”

Relatives remain hopeful that this can be achieved through real engagement with Housing Minister Darragh O’Brien, State agencies and Hammersons leading to general agreement on any planned development going forward .

The Securing History Report, drawn up following the deliberations of the Moore Street Advisory Group, recommends the retention of the street and lanes so as to “broadly capture the sense of how it would have appeared in 1916”.

James said: “In that light what appears to be a ‘go it alone’ exercise by Hammerson is worrying. A successful planning application requires input from all.”

Gardai investigate assault in takeaway in Tallaght on Sunday