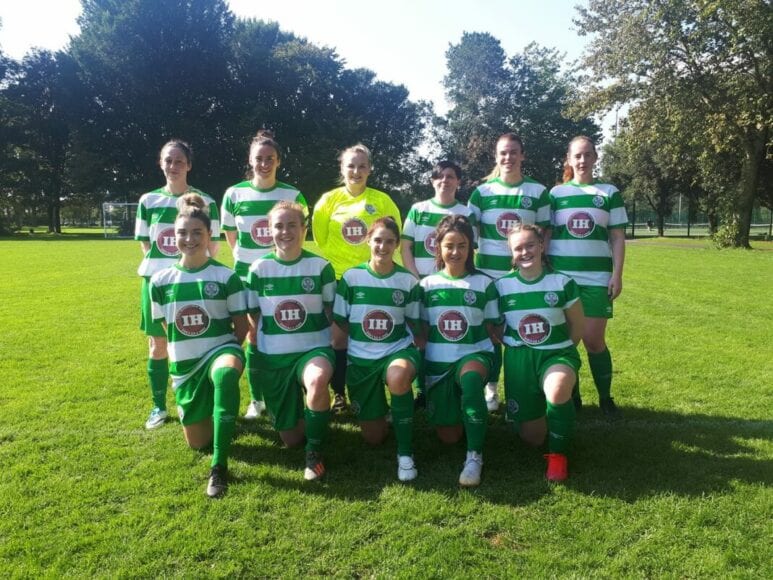 Amateur football faces weeks, if not months, on the sidelines following the announcement that the rest of the state would follow Dublin into Level 3 restrictions.

The FAI has been unique among the major sporting bodies on the island in mandating that all “grassroots” level football ceases.

It is a far more restrictive position compared to the GAA with Dublin club finals down the grades going ahead while rugby has seen the Leinster conference of the Energia Series along with the top five divisions of the Leinster leagues played last weekend in Dublin. On Wednesday, the FAI extended the cessation of amateur football from Dublin and Donegal to the entirety of its jurisdiction under its interpretation of government guidelines.

Those different stances have led to frustration in clubs like St Pat’s CY in Ringsend who have seen both their Leinster Senior League and Eastern Women’s Football League teams on hiatus.

And club secretary Dave Nolan voiced his concerns to the Dublin Gazette over the inconsistency in interpretation of the regulations between the various codes with the perception of double standards growing with each incident.

Andrews did so following discussions with Nolan, who has witnessed growing resentment within amateur football circles over the inconsistency.

“We have a number of players who play in the EWFL who also play for Clanna Gael Fontenoy just across the way,” Nolan said.

“We went to meet the four girls as a committee one night, Wednesday two weeks ago, to give them some information on some changes we were making in the club.

“They were training for a match – an actual GAA match. When we met them, I remember being in the car park in Clanna Gael and thinking, ‘it’s very busy around here.’

“That got me thinking, why are they playing a match? They’re not at a particularly high level, amateur level as they are with the soccer team.”

Nolan has been vocally critical of the FAI and was one of the few who stood up at January’s AGM in Citywest and asked questions of the leadership, but he empathises with their position.

“I was frustrated at the FAI for what I felt was a lack of clarity on what we could and couldn’t do. But, in fairness to them, it’s the FAI who have stuck to the rules.

“And now you see the GAA releasing a statement. Fair play to them, after all the county finals have been played. Very little games to be played now, so it’s a bit of a kick in the teeth.

“The GAA have basically said ‘we’re stopping’, and it wouldn’t look great now if football decided we’re going to start.

“It’s a really important part of what we all do, and to not have matches to look forward to, as other codes do, it’s demoralising.”

The GAA’s belated decision to cancel all club action will make it difficult for any sport looking to continue at an amateur level in the coming weeks.

That level of caution may very well be justified in the coming weeks, but Nolan feels at least part of the solution involves normalising outdoor, rather than indoor, socialisation.

“At level three at least, I think outdoor sport can go ahead safely and it actually takes people out of those indoor environments.

“People need distractions to not get into where you’re going to house parties. This nonsense of shutting the pubs at 10.30 in the evening, and young people are going to come outside.

“It’s like years ago you went into town and all the bars and clubs shut at half two, and everybody was coming out at the same time looking for taxis, and you’d see trouble in town for that reason.

“The staggered approach you see now makes more sense. I think the same approach would work here. If you give people the freedom to be responsible, they will.

“I love going down to Ringsend Park on a Saturday morning and watching all the football. Sport needs to proceed, you just need people to do it right.

“We’d already been used to implementing the restrictions for spectators – we played several matches in Irishtown Stadium, an enclosed venue where we had to literally lock people out.

“I believe clubs, not just soccer but GAA and rugby clubs, at amateur level anyway where you have limited numbers of spectators, they’re well capable of arranging games in a safe way.”