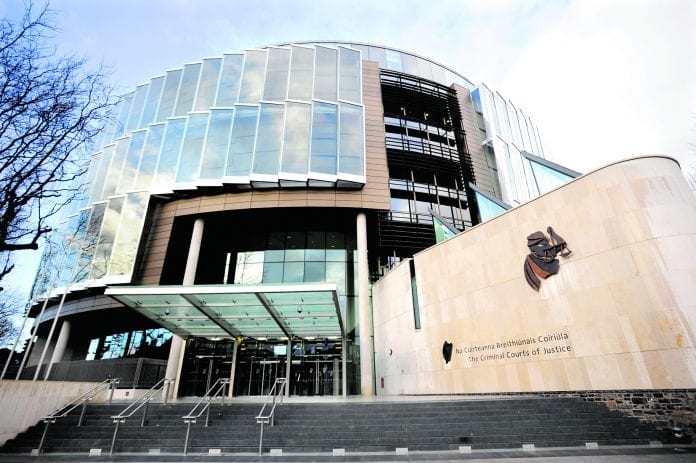 A shipping company’s breach of health and safety laws resulted in a fatal workplace accident in which an experienced welder died.

James Byrne was killed instantly on June 6, 2018 when a six metre steel column fell on top of him shortly after he had been using a blow torch to separate it from a larger metal structure.

An investigation was carried out by the Health and Safety Authority (HSA), which subsequently brought charges against the Doyle Shipping Group Unlimited with an address at Ocean Pier, Alexandra Road, Dublin 1.

The company pleaded guilty at Dublin Circuit Criminal Court to failing to manage work activities, specifically the dismantling of a steel hopper at the McKearns Yard, at Ocean Pier, in a way to ensure the safety and health of employees, as a consequence of which Mr Byrne suffered personal injury and died.

The court heard that that steel hopper is a large metal construction larger than a typical house and used in the offloading of grain from ships. Mr Byrne had been given the job of dismantling the hopper in the shipping yard and had been doing this since April 2018.

HSA Inspector Frank Kearns told the court that Mr Byrne was an experienced welder and had dismantled a different hopper in Drogheda and later rebuilt it in Dublin.

On the day before the accident he had dismantled two 6m uprights support bars, or stanchions, from a 10m by 10m metal lattice. The following day he was working on a third stanchion and had to use a blow torch to cut through the part of the bar welded to the grid.

Insp Kearns said he assumed “he thought that would enable him to bring it down safely”. The court heard that as Mr Byrne then stood up and was walking towards his van when the column fell over and struck him.

The inspector told the court that the weight of the bar “couldn’t be held by what remained of the frame”. A number of co-workers ran to the scene and tried to lift the bar but were unable to do so.

The HSA investigation found that the method used to dismantle the bars had made it necessary for Mr Byrne to work in “a danger zone”. Insp Kearns said that it would have required more than one man to carry out the work in a safe manner and the dismantling was later finished using three men.

Mr Byrne died as a result of catastrophic internal injuries, including injuries to his heart.

Shane Murphy SC, defending, told the court that the company was stunned by the fatality. He said Mr Byrne was a very highly valued and respected employee and regarded as a person of immense experience.

He said that a verbal plan was put in place for the dismantling of the hopper. He said there was “an element of mystery” as to how the column came to fall directly and with such “rapidity” on Mr Byrne.

He said that the company has since made extensive investments to ensure an accident never happens again, including purchasing a crane simulator to train staff in using cranes and initiating a system of weekly safety management meetings.

He said as a mark of the esteem the father of two was held in, the company continued to pay his salary and overtime to his partner.

Mr Byrne’s sister Rachel read out a victim impact statement on behalf of the family in which she described the devastation her brother’s death has wrought on everyone.

She said he was a kind caring hard working man. She said his parents were inconsolable, and said “nothing can fill the hole in their hearts”.

“We all think about him every day. No words can express the pain,” she said.

Mr Murphy said he was instructed by his client to apologise to the family for their sorrow and distress and the role of the company in Mr Byrne’s untimely death.

Judge Pauline Codd adjourned the case to December 9 for finalisation.

Man who told gardaí he had been shot by men, in fact, shot himself