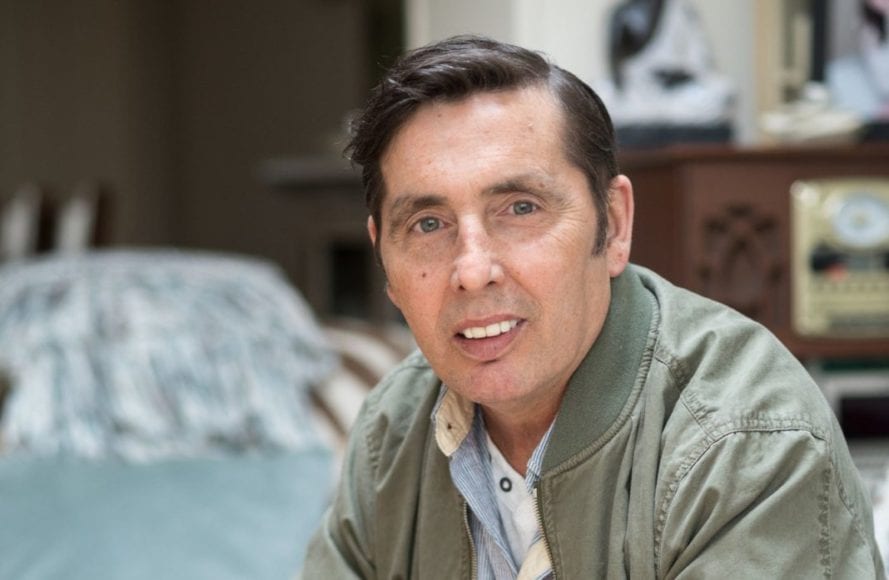 Singer Christy Dignam has been performing impromptu gigs in his back garden to entertain his neighbours during the coronavirus pandemic.

The Aslan frontman, who is undergoing chemotherapy for terminal cancer, admitted he has been living in a “surreal” bubble since lockdown in March.

Dad-of-one Christy had to scrap plans for his sixtieth birthday party in May – but his kind-hearted neighbours surprised him with an informal gathering.

He told Dublin Gazette: “I said I’d go out and do a gig and next of all they had all these fairy lights and bunting going from tree to tree, it was gorgeous.

“When I grew up in Finglas you knew every neighbour, but it’s not like that now. During this pandemic I got to know people I’d never spoken to for the past 20 years.”

In a wide-ranging interview the outspoken singer takes aim at the Government for “selling Dublin down the river” and calls for more support for struggling artists.

Christy also says Dubs are better equipped to deal with the pandemic because of our wit and humour, and it’s brought out a strong sense of community spirit.

He revealed: “It’s something that was prevalent in Ireland at one time but it isn’t so much now.

“Community spirit – for me that is the essence of this country and what made it a great nation. Hopefully the value of it doesn’t just end when Covid ends.”

Read the full interview in this week’s Dublin Gazette, in stores this Thursday September 3.