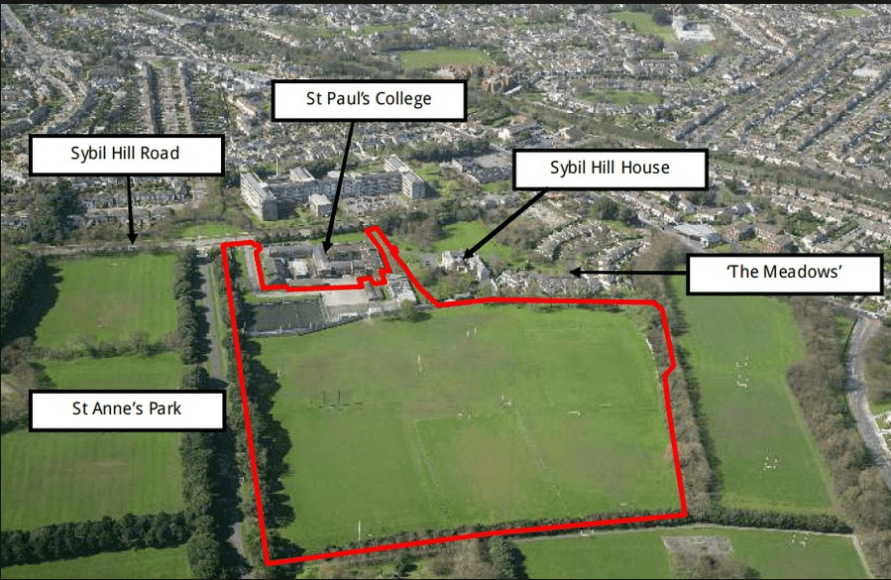 A developer has won a High Court challenge over a controversial development of 536 housing units on lands bordering St Anne’s Park in Raheny.

In a 125 page judgment on Friday, Mr Justice David Barniville upheld the challenge by Crekav Trading GP Ltd over An Bord Pleanala’s refusal for the scheme.

He held that the board’s reasons for its September 2018 decision to refuse permission were inadequate.

Crekav’s proposal was for construction of 536 residential units, 104 houses and 432 apartments, on a site which previously formed part of the lands of St Paul’s College.

The board had in 2018 granted permission for the proposed development but its decision was challenged, in three separate sets of proceedings by Clonres CLG, a local residents group; environmentalist Peter Sweetman; and environmentalist John Conway and the Louth Environmental Group.

The board ultimately conceded those proceedings, and Mr Justice Barniville subsequently remitted the matter to the board for reconsideration.

Last June, in separate proceedings, the board consented to an order quashing its permission to Crekav for a development of 657 apartments on the St Paul’s lands, citing the Habitats Directive.

That planning application was remitted to the board to be determined “in accordance with law” from the time the board received a report in December 2019 from the chief executive of Dublin City Council (DCC).

The DCC report recommended permission be refused for reasons including that a Natura Impact Statement from the developer had not demonstrated the development would not impact on the populations of protected Brent goose, the black-tailed godwit or curlew of Dublin Bay.

In a statement the I Love St Anne’s campaign group expressed its disappointment at the outcome of the High Court action.

It said: “Thank you all for your ongoing support over the past five years. Things in Dublin have changed utterly since the Vincentians took the decision to sell school lands.

“Covid-19 in particular has changed the way we use space in our schools, our parks and our city.

“We believe that building on the St Paul’s pitches is now, more than ever, wrong – amounting to a tragic misuse of an irreplaceable resource.”

The group said it would continue to oppose any building on these lands, but another legal challenge would require “a significant fundraising push”.