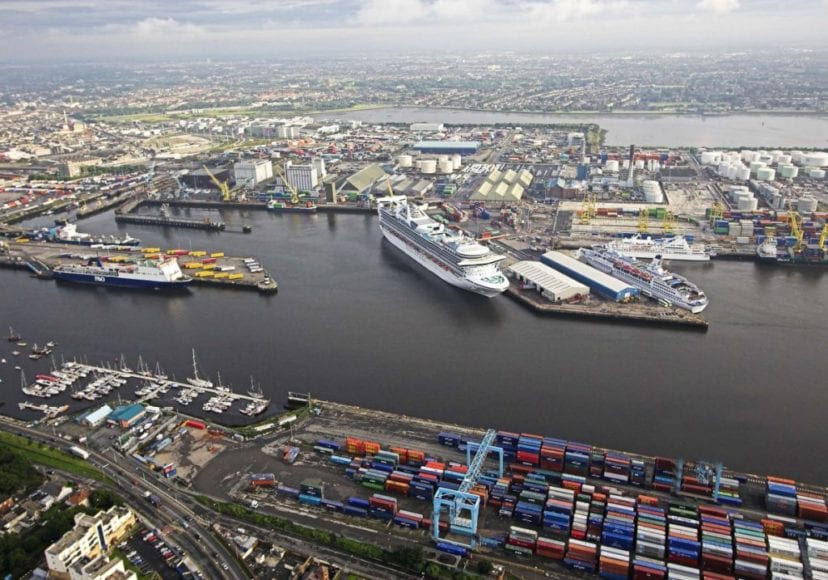 THE volume of goods passing through Dublin Port fell by almost 11% in the first six months of the year, according to figures from the Dublin Port Company.

Its second quarter trading figures show a decline in overall port tonnage of 10.9% from January to June of 2020 compared to the same period last year.

A first quarter decline of almost 5%, which was attributed to “Brexit stockpiling” in the first three months of 2019, was followed by a sharper drop of 17% from April to June.

A 26.2% decline in tonnage in April was followed by a smaller decline of 20.5% in May and a fall of just 5.5% in June as the pandemic impacted the economy.

There were no cruise ship calls to Dublin Port from April to June and none are anticipated for the remainder of the year.

Imports of new trade vehicles through Dublin Port in the April to June period decreased by -64.9% to 9,900 and a significant decline appears inevitable for the rest of the year.

“The decline of cargo volumes was less than we had feared it might be,” said Dublin Port chief Eamonn O’Reilly.

“After the first six months of the year, our volumes are down by 10.9%. At this level, our throughput for the full year would be back to where it was in 2016.

“We saw after the 2008 recession how rapidly the Irish economy can recover from a deep recession and we seem to be seeing some evidence of this resilience.”

Elsewhere, An Bord Pleanála has granted permission for the MP2 Project, the second of three key masterplan projects required to bring Dublin Port to its ultimate capacity by 2040.

The MP2 Project also provides for the development of a heritage zone overlooking Dublin Bay at the eastern end of Dublin Port as the termination point for the 3.2km cycle and pedestrian greenway to be built along the northern fringe of the port overlooking the Tolka Estuary.

Construction of this greenway will start next year.