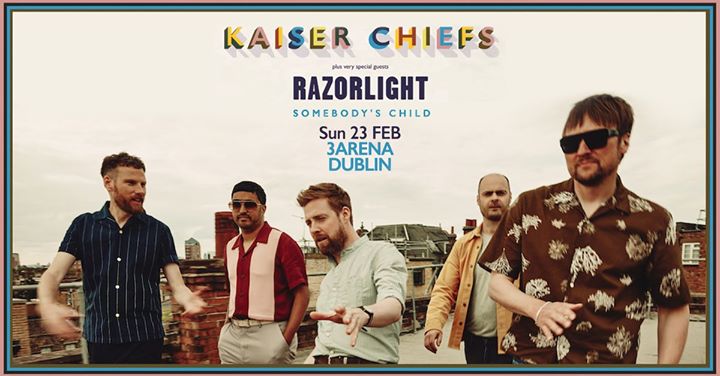 Recently, Ricky Wilson was travelling on the London Underground when he pressed play on a finished mix of the huge new Kaiser Chiefs anthem People Know How To Love One Another. “Shit man, we’ve done it,” the frontman thought to himself. He’s still taken by that feeling of triumph, that the band have reclaimed the creative swagger that underpins their best work. “It’s undeniably fantastic and undeniably Kaiser Chiefs,” says Wilson, exhilarated by the restorative energy at the heart of the quintet’s forthcoming new record Duck. “What this album is about is regaining trust in the fact I enjoy what I do. At some point, I’d forgotten that was a big part of it.”

Fifteen years into a career that, bar a few bumps in the road, has followed a constant upward trajectory, Wilson, Andrew “Whitey” White (guitar), Simon Rix (bass), Peanut (keyboards) and Vijay Mistry (drums) hit new creative peaks on their seventh record. “It’s more exciting than it’s ever been,” says Wilson. “Every time there’s a big obstacle, it just gets blown away in the wind like a dandelion. We’re still selling out arenas but under the radar. We can make albums forever.”

Duck finds one of the most successful British guitar bands of the millennium connecting the dots, these songs harking back to the everyday explorations and poignant observations of their breakthrough early albums. “We wanted to do something that had a Kaiser Chiefs DNA but still try and do something different,” says Rix. “The intention was to make a really Kaiser Chiefs-y record but we’ve managed to do something that doesn’t sound like anything we’ve done before. It has the right spirit.”The grand themes of these songs operate at street level, tracks about love, hope and loss, about fatherhood and the warm melancholy of nostalgia. Wilson has always put himself front and centre without ever truly revealing himself. Here he lets the mask slip a little. “We all have difficulties relationship-wise, family-wise, bereavements, and it’s all in there,” he says. “It’s absolutely beautiful.”