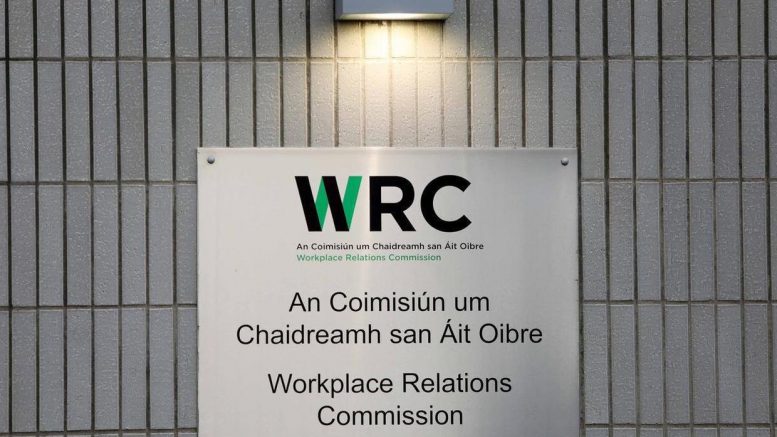 A FINE GAEL councillor is claiming he was “railroaded” out of his job of 19 years as the finance director of a packaging firm in a “sham redundancy” motivated by “interpersonal difficulties” he had with the owner.

dward Timmins, a chartered accountant and a councillor representing the Baltinglass Municipal District of Co Wicklow, has lodged a complaint against AB Group Packaging Ireland Ltd of Blessington, Co Wicklow, alleging that he was unfairly selected for redundancy as the company’s finance director in 2020.

The company denies the claim and says Mr Timmins’s role was made redundant because the business was being made more “agile”.

The firm was represented at a hearing today by Mary-Paula Guinness BL, who called Mark Slattery of Adare HR Management to give evidence.

Mr Slattery told the hearing that Mr Timmins was the finance director of a packaging business with operations in Spain, the UK and in Co Wicklow.

His firm was called in by the company’s owner, Dermot Brady, initially to put together company handbooks and to “do something on restructuring” from 2018 onward.

Mr Slattery says the company had “financial issues to be dealt with” as a result of a failed attempt to expand to the United States and the resulting contraction of the company to the European market.

In 2018, he said, the firm identified a number of roles which were “at risk of redundancy” including that of the operations director at the plant in Blessington, other operational staff and some roles in maintenance and engineering.

Mr Slattery said Mr Timmins’s role was identified at that stage. However, he said it was decided to retain him both because of the financial situation in the firm at the time and because they had decided to leave an examination of the financial team’s positions until “some time later”.

After presenting the report to the firm’s owner in January 2020, his engagement with the firm continued on to handling the HR aspects of the redundancy process, he said.

Mr Slattery said it was at this point that the company wrote to Mr Timmins advising him that his job was at risk of redundancy.

It was the HR consultant’s evidence that he was in correspondence with the finance director throughout January and February 2020 and that he and Mr Brady met with him on four occasions to consult on the redundancy.

He said in the course of the correspondence, Mr Timmins characterised the process as a “baseless and blatant attempt to portray the unfair termination of my employment as redundancy” and suggested he was denied “due process” and being “railroaded” out of the firm.

Mr Slattery said he did not agree with this assessment as he and Mr Brady had set out a business case for restructuring the firm.

At a previous Workplace Relations Commission (WRC) hearing last January, Mr Timmins’s barrister, Ms Kate Kennedy BL, said her client would give evidence to the effect that his redundancy was not genuine and impersonal, but had been “motivated by interpersonal issues” between Mr Timmins and Mr Brady.

Mr Slattery said in evidence today that Mr Timmins only ever “alluded” to any interpersonal difficulties during the consultation process and said at one point that he would only address them “when they are adjudicated on in another forum”.

Mr Timmins told him: “I can only assume your attempt to remove me from the company is based on other issues of which I’m sure you’re aware,” Mr Slattery said.

He said Mr Timmins had argued during their consultation meetings that there had been a finance director when he started at the company 19 years prior; that he had been finance director for 14 years before it attempted to enter the US market and for four years after.

The suggestion that the company needed to cut costs further was “at odds” with the “the owner extracting significant amounts of money from the company” of the order of €60,000 per month, Mr Timmins had written in an email opened to the hearing.

Mr Slattery said it was the right of the owner of the company to withdraw money from it as he saw fit.

The complainant maintained the company had lost business because it had been “stripped of experienced people” in a “mass exodus” of staff and that making him redundant would damage the firm further.

Mr Slattery denied there had been a “mass exodus” but said staff had left and not been replaced.

He said Mr Timmins failed during the consultation process to outline any alternatives to his redundancy which would achieve the same results as the proposed restructuring plan.

At a meeting on February 24, 2020, he said, Mr Timmins was informed that his role was being made redundant because of the company’s “retraction” from the US market; the reduction in financial management needs because of the new software system, and the “continuing need to reduce the cost base of the business”.

Mr Timmins was told he could work out a six-month notice period and would be entitled to a statutory redundancy payment, which the firm would remit to him with outstanding pay the day after his last day on July 23, Mr Slattery said.

Mr Timmins was offered the opportunity of an appeal to an independent investigator engaged by the company, but raised questions about the independence of the individual proposed, Mr Slattery said.

The independent investigator carried out a review, he said, adding that he was not aware of any contribution Mr Timmins had made to it.

Adjudicating officer Jim Dolan adjourned the matter this afternoon, with the case to resume with the cross-examination of Mr Timmins.

Two more hearing days are to be set aside, with the date to be fixed by the WRC in due course.