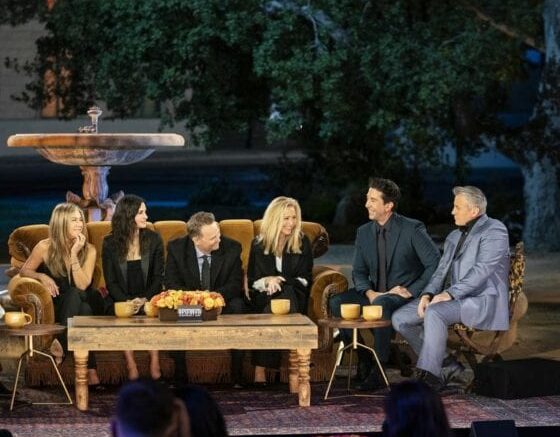 The consensus before ‘Friends: The Reunion Special’ aired seemed to be that it should have been an episode.

Plenty of fans wanted to know the long-term story of the characters, and how they develop after that emotional final episode in which they leave their New York apartments behind. In hindsight, those behind the massively popular 90s sitcom made the right call in avoiding that kind of return. Instead, the cast’s discussion of the show highlighted its glory without tarnishing what came before.

Friends was a simple kind of comedy. Lighthearted and very much of its time, it had a silliness about it that was infectious, yet aside from that silliness, it felt relatable, exploring forays into adulthood and the dabblings that make it such a volatile but memorable time. It reflected the closeness and complexities of young adult friendships nicely, though perhaps in a largely very PG version, minus the parties and much of the sloppiness.

What the nostalgic return offered was a glance at how much the actors seemed to actually care for each other, and that perhaps their personalities are actually quite close to how they’re portrayed in the series (though it’s hard to tell, of course). It was laden with sentimentality, and managed to celebrate the series without becoming overly fawning or cheesy. Instead, it simply felt like it meant a lot to those involved.

The glances behind the scenes, dug out from the Friends archive, and the stories from the cast, including the closeness of a real world ‘Ross and Rachel’ between David Schwimmer and Jennifer Aniston, all added to the colour of two hours surprisingly well spent. This type of attempted nostalgia is often simply too try-hard and cheesy to actually work. Instead, Friends pushed all the right buttons and offered a daft, but transporting, experience. They say it won’t be repeated, and it probably shouldn’t be. This once, though, it hit all the right notes.

Teenage Fanclub: “We never got caught up trying to follow trends”