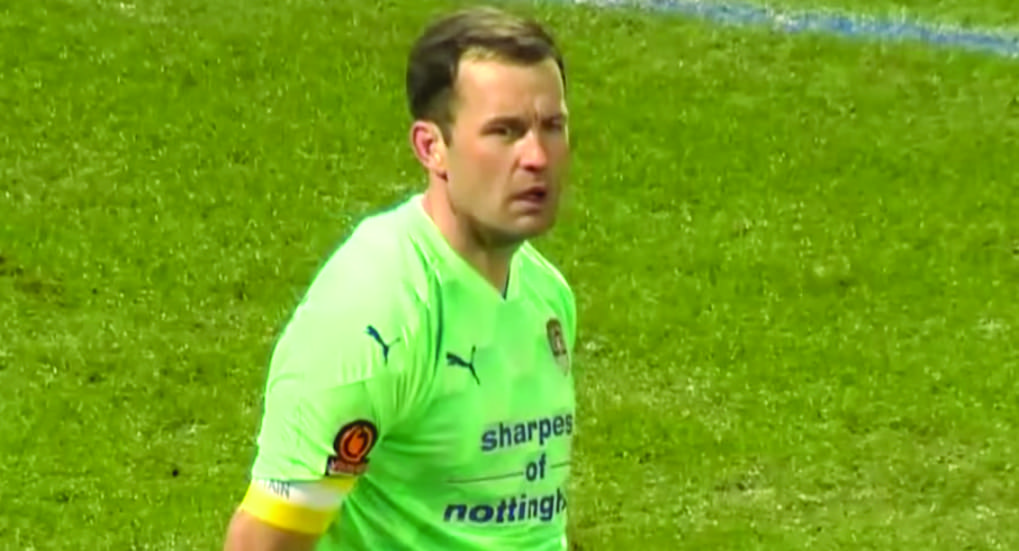 Tallaght’s Michael Doyle credited his GAA background as he led Notts County to a 3-1 win over Dagenham & Redbridge in a remarkable emergency stint on goal on Tuesday night.

The 39-year-old was forced to go between the sticks after goalkeeper Sam Slocombe was sent off early in their National League clash for a last-ditch lunge on Darren McQueen.

With no substitute keeper on the bench, the former Republic of Ireland international was pressed into action and exceeded all expectations for Neil Ardley’s side.

County led 1-0 at the time but, against the odds, extended their lead to 3-0 before Doyle was eventually beaten late on.

The former St Mark’s GAA man’s first task was to face the penalty conceded by Slocombe but Paul McCullum could only rattle the post.

A brace from Kyle Wooton and one from Ruben Rodrigues saw County into a 3-0 lead, and Doyle showed impressive reflexes to deny McQueen from close range on the stroke of half time.

He was beaten late on by a Matt Robinson effort but midfielder Doyle played a full part in securing the three points.

“A couple of weeks ago, there, I was playing centre-half in training in one of the games and the gaffer and Greg [Abbott, assistant manager] were saying, ‘We might have to put you in there if it comes to injuries.’

“I said, ‘Ah, no problem.’ I was thinking, ‘The older I’m getting, the further back I’m going,’ but I didn’t think I’d bloody end up in goal!

“I played a lot of Gaelic when I was younger with my brothers and that, up in our local GAA club, St Mark’s in Tallaght where I grew up, and I loved it.

“And thank God for all those years playing Gaelic, catching the ball — it kind of came in handy.

“To be fair, the lads in front of me were amazing. It was a joy to watch them tonight with 10 men, the way they played. All the credit goes to them.”

Doyle made his one and only appearance for Ireland as a substitute for Andy Reid in a 1-0 friendly win over the Netherlands in Amsterdam in 2004.

Tributes flow in for Clonliffe’s Jerry Kiernan, an enduring athlete