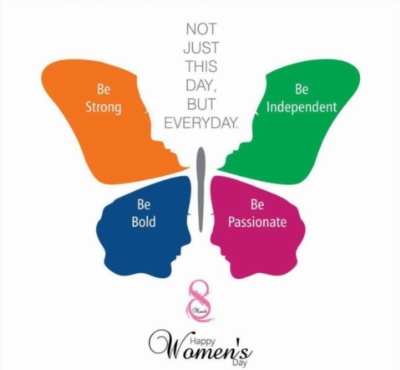 Rosa Louise McCauley Parks was an American civil rights activist born on the 4th of February, 1913. She is internationally famous for her active partake in the Montgomery bus boycott. Parks peacefully passed in the apartment in Detroit, on December 24th 2005, at the age of 92. 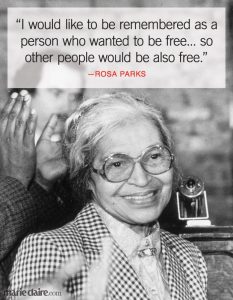 Citizens of Montgomery, Alabama protested against the racially segregation policies. The government of Alabama had passed a law in 1900, which allowed transit companies to segregate their white customers from their customers of colour. Parks sparked the boycott by refusing to move the the back of a segregated bus – to allow space for white passengers. Parks refused to do so; hence, the bus driver contacted the police and they took her off the bus. Parks was later arrested for that exact reason and was released on bail on the same evening. Her defiance caused many African-American citizens to protest by walking or taking a taxi to work. This small acts proved very successful, with buses running empty almost every day. The boycott ended up lasting 381 days.

Subsequently, Rosa Parks and her husband, Raymond Parks, moved to Detroit. Parks made a new life there. She worked as a secretary and receptionist in U.S. Representative John Coyer’s congressional office. A promotion from the seamstress job she had been fired from, because of the boycotts. In 1987, Parks teamed up with her friend Elaine Eason Steele to found the ‘Rosa and Raymond Parks Institute for self development‘. The institute runs ‘Pathways to Freedom‘ bus tours; promoting the history and importance of the civil rights movement among younger generations.

In 1992 Rosa Parks published her autobiography titled ‘Rosa Parks: My story‘. The autobiography focuses on her life and the challenges she came across in her everyday life in the racially segregated south of the United States. Afterwards, she released her second book ‘Quiet Strength‘; which includes her memoirs. This book focuses on how her religious faith played out and helped her throughout her life.

Rosa Parks received numerous awards throughout her life. In 1996 Parks received the Presidential Medal of Freedom by former President Bill Clinton. Some other awards include the Spingarn Medal which is the NAACP’s highest award, and the Martin Luther King Jr. award. In 1999 ‘TIME magazine‘ listed Parks on their list of “Top 20 Most Influential People of the 20th Century”. Furthermore, Parks was inducted into the ‘National Women’s Hall of Fame‘ in 1993.

Finally, in February 2013, former president Barack Obama unveiled a statue of Rosa Parks; around the time for what would have been her 100th birthday. It is located in the United States Capitol’s National Statuary Hall. The United States Congress named Parks “The First Lady of Civil Rights” and “The Mother of The Freedom Movement”. 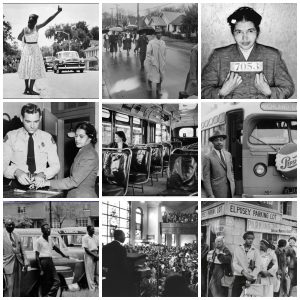