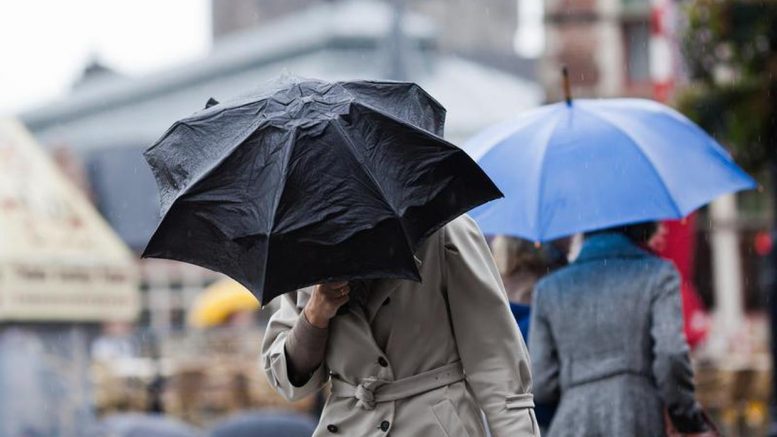 Today will be a mostly wet day with some sunny spells this afternoon across the country, Met Éireann has forecast.

his morning will be blustery and wet with showery rain in the south spreading northwards to most areas.

As the rain clears during the afternoon and evening, it will be followed from the south by sunny spells and scattered showers, some heavy and thundery.

It will be breezy with moderate to fresh and gusty easterly winds, becoming southerly later. Winds will increase strong at times with highest temperatures between 13C and 16C.

The national forecaster said it will be unsettled with spells of wet and breezy weather over the coming days with temperatures staying above average.

Sunday will be breezy with sunny spells and scattered showers. Some of the showers will be heavy and there will be a slight chance of isolated thunderstorms.

There will be highest temperatures between 11C and 14C with a moderate to fresh and gusty southerly wind, easing by evening.

Monday morning will be wet and breezy as rain moves eastwards across the country, along with moderate to fresh and gusty southerly winds.

The rain will be followed by generally dry and sunny conditions, with light south to southwest winds, and will clear the east coast in the early evening. Highest temperatures between 11C and 15C.

Rain will move east across the country during Tuesday morning and afternoon and will be followed from the west by sunshine and scattered showers.

Light to moderate winds, southerly first and becoming westerly after the rain with highest temperatures between 10C and 13C.

Rain will spread east across the country on Wednesday morning and afternoon, followed by sunny spells and scattered showers.

It will be a breezy and blustery day with moderate to fresh and gusty south to southwest winds. Highest temperatures of 10C and 14C

Current indications show that it will remain unsettled and mild for the time of year.