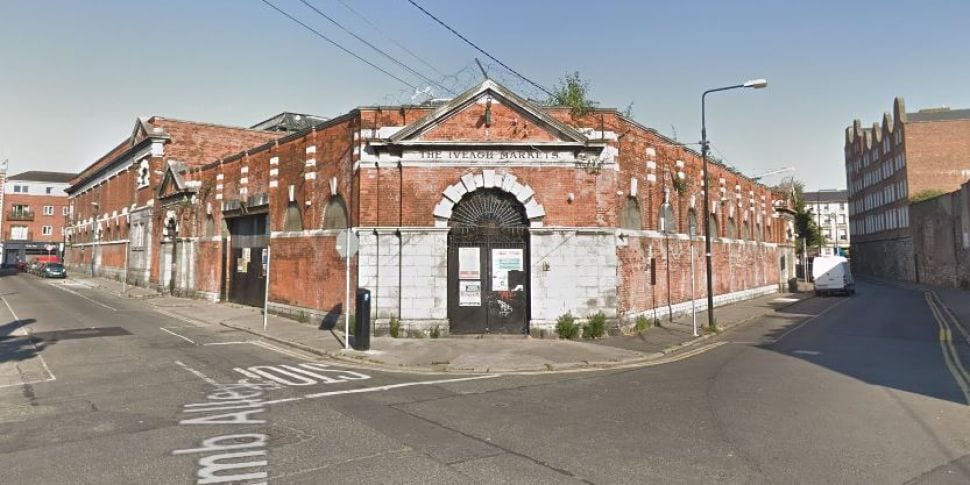 DUBLIN’S Iveagh Markets is among the 10 most at-risk buildings in Ireland, according to a list compiled by An Taisce.

The heritage charity watchdog included the Dublin 8 landmark on its annual list of important structures which it deems to be in “a state of disrepair”.

The only other building in the capital included on the list is The House by the Churchyard in Dublin 20.

In a statement, the charity said these are all buildings “in such a state of disrepair that they may be dangerous or have no identifiable new use”.

It warned: “These buildings could be lost to future generations unless direct action is taken soon to preserve them.”

For a structure to be classified as at-risk, it must meet one or more of a range of criteria including laying vacant, being neglected and suffering from structural problems.

In the case of the Iveagh Markets, built in 1890, An Taisce said the building remains “locked, empty and poorly maintained” and that recently its condition has “deteriorated sharply”.

Last September, a Dublin City Council report found the Iveagh Markets to be “unsafe and in an advanced state of dereliction” due to “serious neglect and several damaging interventions”.

The detailed report advised that more than €13m is needed to carry out “essential structural repairs” on the historic redbrick structure on Francis Street.

In January 2020 DCC announced that it was to repossess the markets from developer Martin Keane, confirming it had broken off negotiations with Mr Keane on the future of the listed building.

The site has been derelict for 20 years. The local authority threatened repossession two years ago, but agreed to further discussions to avoid legal proceedings. An Taisce suggested that the building be used for commercial, community or education purposes.