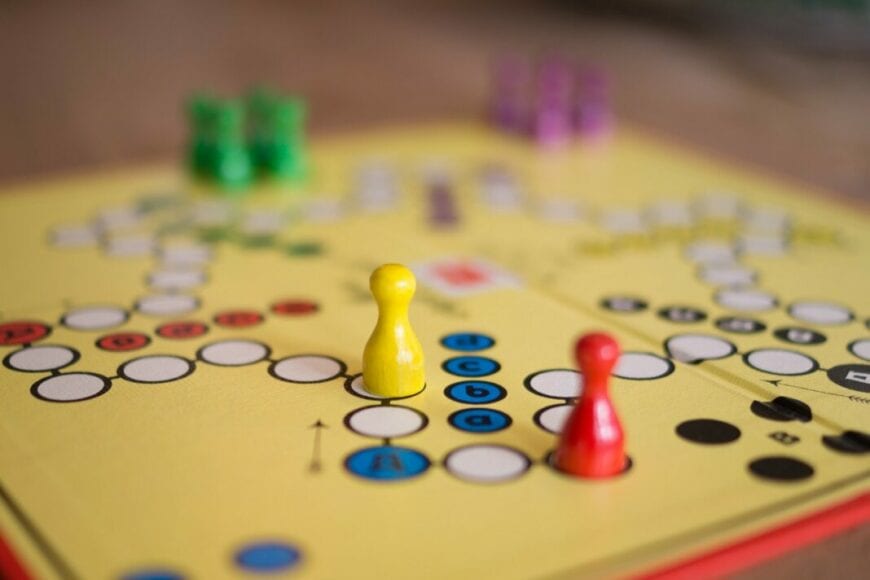 I’ve gone through phases in life with board games. From being ludicrously engaged in competitive war games as a young teenager to, a few years later, the family game of Monopoly once a year giving me the fear, they give me distinctly mixed feelings. Lockdown has been a chance to re-engage.

I’m sure those of us of a certain (middle-ish) age, remember when most games were, let’s face it, a disappointment. Chess, Ludo and Monopoly, for all their playability, were a little too tired and cliched, but the developing games that were advertised heavily at Christmas – the likes of Mouse Trap, Hungry Hungry Hippos and Operation – were nothing like as good as the adverts seemed to suggest, and got old quickly.

On looking for options to entertain a family in the midst of inner-city lockdown, I’ve been surprised at the depth I’ve uncovered in a world that I thought had been overrun by video games. Now, I’m not pretending to be any kind of board game expert, but here’s a couple of examples.

For quick playability, Exploding Kittens is like Uno with a sense of humour, a card game with sufficient strategy to reward effective game play without guaranteeing the adult competitors always win, and offering some comedy illustrations and ludicrous asides on its various add on packs.

Pandemic feels distinctly inappropriate right now (I’ll be honest, I played it early in lockdown and felt quite ill given how it relates to our current scenario), but it’s cooperative approach to challenging problem solving and the ability to alter the difficulty level, as well as complex ‘story modes’ in later version make it outstandingly playable.

Terraforming Mars is another memorable escapist cooperative game, one where you’re sent flying into the future as you attempt to make the red planet a home for your burgeoning corporation and attract new residents, a kind of humans-take-over-the-universe approach to futuristic gameplay. But the options, I’ve learnt, run deep.

Gone are the days of dry competitiveness and the monouvring of wooden mini-men around a board. Board games have stepped up, and I’m convinced many would be drawn back to the fold, if they’re given a chance.