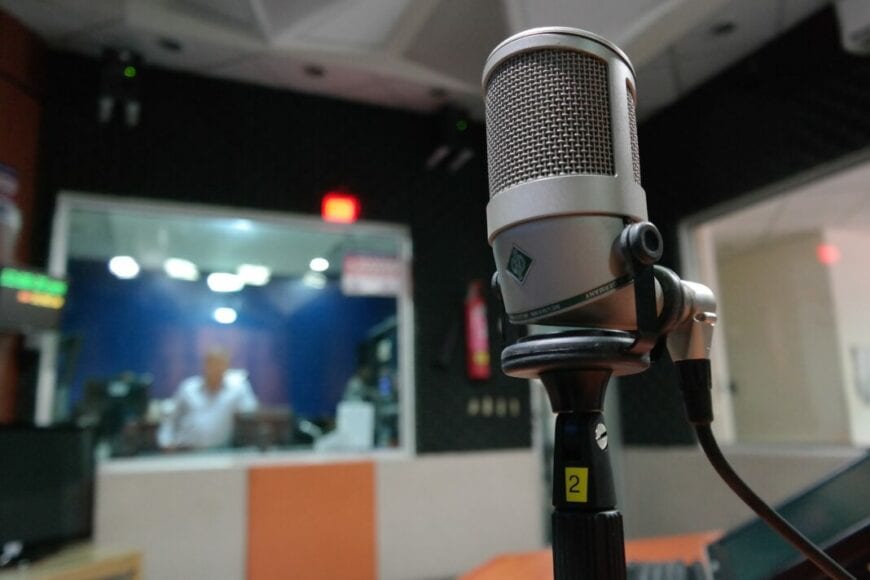 Radioplay used to be perhaps the key measure of an artist’s success: if you got played regularly on major radio stations, the chance are you’d sell out big venues, sell lots of records, and make a whole heap of cash.

Gone are those days.

Personal curation is the name of today’s music scene, and those listeners who aren’t doing it tend to be those who aren’t that into the music in the first place.

In Ireland, for example, while RTE Radio One have added listeners – a whopping 144,000 in the months approaching the end of 2020 – 2FM have dropped them in the tens of thousands. Current affairs shows are growing, and music shows shrinking.

It’s common in the music scene to take a swipe at what radio stations play. The style (profoundly unoriginal, often), the lack of gender diversity, the repetition: all are problems. At the end of the day, they’re probably playing what they think will draw in listeners, but the figures say they’re wrong.

And of course they’re wrong, but that’s because they have no way of being right anymore. Everyone has their own taste, and for a relatively small number of people, that taste is ‘whatever is most popular genetically across everyone right now’. We are, as a famous one-liner in Monty Python famously tells us, “all individuals (I’m not)”.

Radio suits current affairs, where we might not agree with the leanings of the broadcaster, but we essentially would all like to hear about similar societal issues. It doesn’t work for most musicians and most music fans, where the options away from the radio are almost limitless. And it shows.

The vast majority of artists are less focused on radio play, and more focused on other methods of getting their sound out there, because they know their fans, in many cases, won’t listen to music on the radio anyway..

For heavy bands, beat-focused bands, anything, really, apart from pop and mainstream chart music, even chasing that radio play is a waste of time. Yet still we find a variety of very successful acts out there, and they’re doing it without the traditional outlets.

Almost nobody on the radio is playing Ghost, or Deftones, to The Black Crowes, yet they’re selling out the country’s biggest venues.

The charts, radio stations, and the rest will have to get used to the idea they don’t matter that much anymore. And that’s just fine.