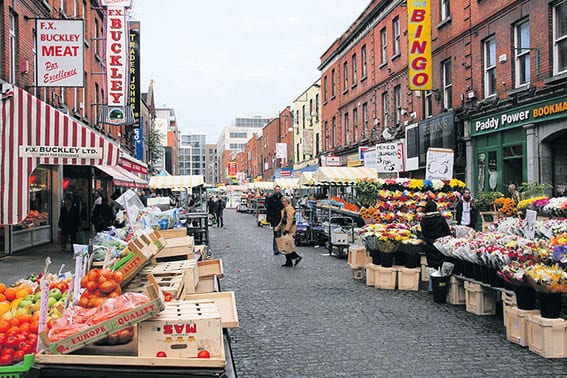 The meeting took place both online and in person at Dublin’s City Hall. It was also attended by the Minister of State for Heritage and Electoral Reform, Malcolm Noonan TD.

Speaking about today’s forum, Mayor Chu said: “Moore St has such an important role to play in the history of our city.

“It’s vital that whatever we do, we get it right. I would particularly like to thank the Minister for attending the meeting this morning. This is the first time a Minister has ever addressed the forum.”

Minister Noonan said he was pleased that the dialogue taking place among relevant parties – including the Lord Mayor’s Forum, the Moore Street Advisory Group, developer Hammerson, 1916 Relatives and street traders – signals a positive way forward for this corner of the north inner city.

“I believe there is now a real opportunity for regeneration that will be supportive of the traditions, history, culture and heritage of the area.

“We have a chance to create a future that will benefit the city and people of Dublin, that will safeguard the future of the street traders whose presence is a special and key feature of the streetscape and that will bring back footfall to support other businesses in the area”, the Minister said.

The Lord Mayor has appointed Cllr Donna Cooney to Chair this Forum on her behalf. Cllr. Cooney also chairs the Moore Street Expert Group, that is working with a team of experts to revitalise the market area. She has also been appointed to the Ministers Consultative Group on Moore Street.

Cllr Cooney said: “I’m delighted to have this role and to be able to build on the work of former chairs.

“Having been a long-time campaigner for the preservation of Moore Street, and as a relative of Elizabeth O’Farrell, it is a real honour to have this role in a pivotal time for Moore Street.”

Weather warnings issued for snow and low temperatures from tonight

Removal of ‘Seabees’ in Portrane condemned by Fingal County Council