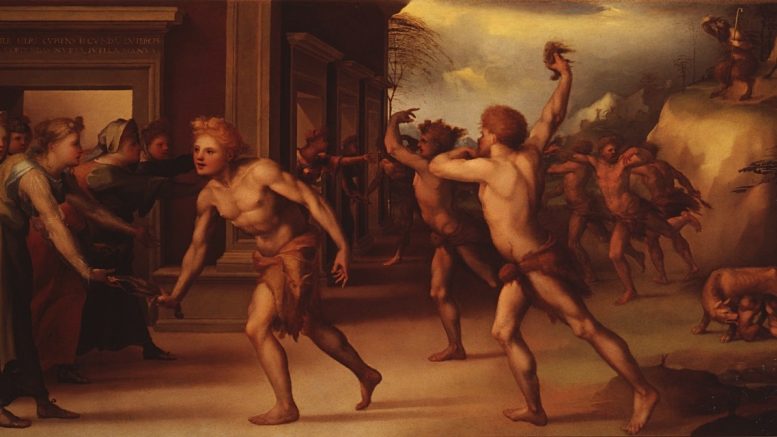 The pagan festival of Lupercalia

Lupercalia celebrated the beginning of the farming calendar. Lupercalia took place in the city of Rome between 13–15 February. It would avert evil spirits and purify the city, releasing health and fertility. It was also called ‘dies Februatus’, after the instruments of purification called februa. February (Februarius) was named after them.

Rites were confined to the Lupercal cave at the Palatine Hill and the Forum. The Lupercal was the cave where tradition placed the legend of Romulus and Remus. The legend tells how the twins were found and fed by a she-wolf (Lupa). The cave laid southwest of the Palatine Hill, where the legend says Romulus founded Rome. The cult image of the Lycaean God – whom the Romans called Lupercus, stood in the Lupercal. 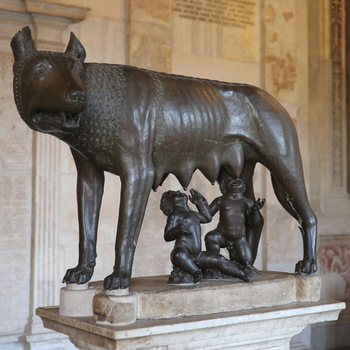 The Lupercalia had its own priesthood, the Luperci (brothers of the wolf).

The Luperci were young men usually between the ages of 20 and 40. At the Lupercal altar, a male goat and a dog were sacrificed by one of the priests. Vestal Virgins prepared salted-meal cakes as offerings. After the blood sacrifice, two Luperci’s foreheads were anointed with blood from the sacrificial knife, then wiped clean with wool soaked in milk, after which they were expected to smile and/or laugh.

After the sacrificial feast the Luperci would cut thongs – known as februa – from the flayed skin of the animal. Men ran with these, naked or near-naked, along the old Palatine boundary, in an anticlockwise direction around the hill.

Plutarch’s description of the Lupercalia, written during the early Empire reads:

“…many of the noble youths and of the magistrates run up and down through the city naked, for sport and laughter striking those they meet with shaggy thongs. And many women of rank also purposely get in their way, and like children at school present their hands to be struck, believing that the pregnant will thus be helped in delivery, and the barren to pregnancy.”

The Luperci completed their circuit of the Palatine and then, returned to the Lupercal cave.

A literary association between Lupercalia and the romantic elements of Saint Valentine’s Day date back to Geoffrey Chaucer – English poet and author (1343 – 1400) – and poetic traditions of courtly love. 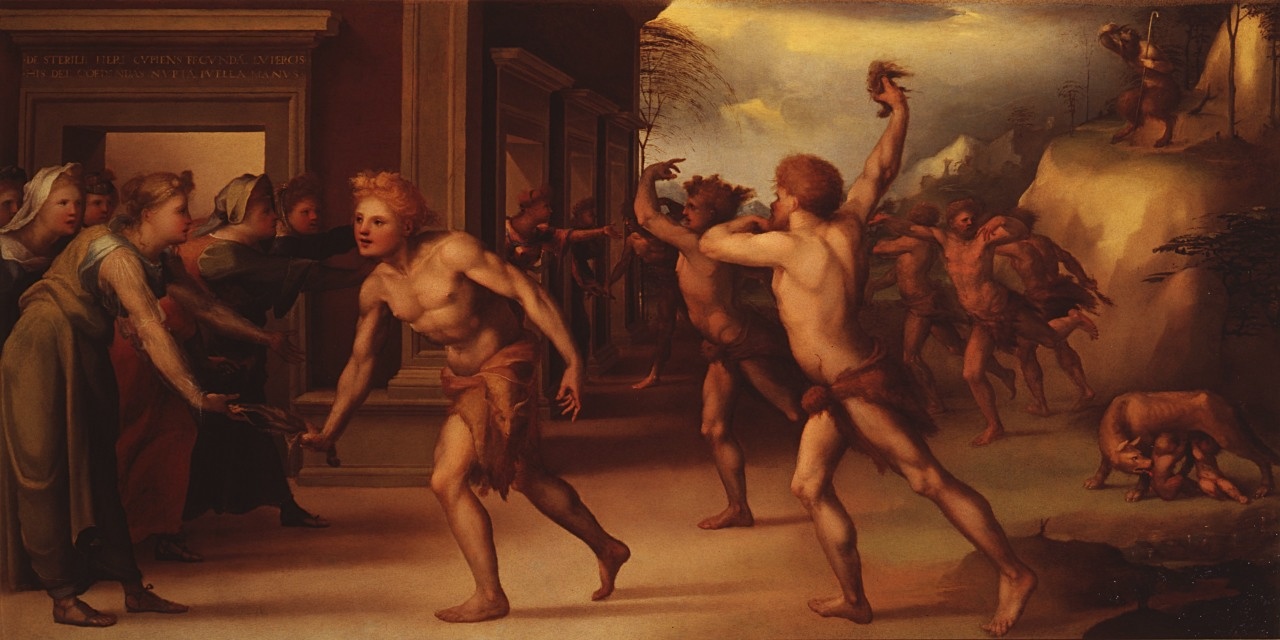