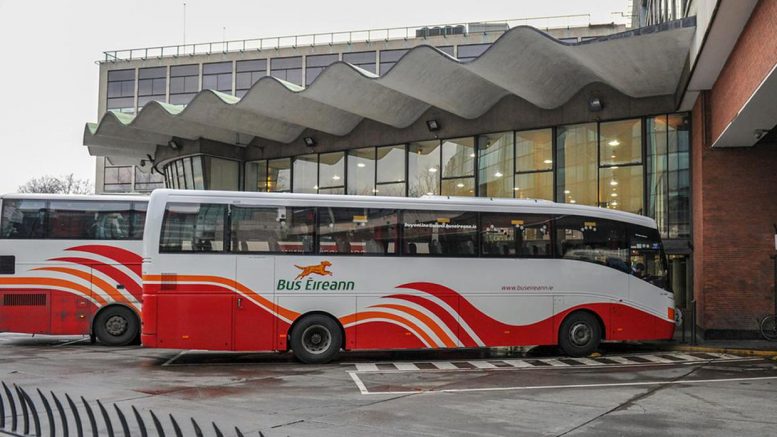 An “extremely aggressive” man was arrested for drunkenly kicking the front door of Dublin’s main bus station , a court has heard.

ather-of-three Paul Kearney (44) had turned to alcohol after his house was repossessed and he became homeless.

Kearney, of no fixed address, pleaded guilty to threatening, abusive and insulting behaviour.

The court heard heard gardaí were on patrol at Store Street on May 1 when they saw Kearney being extremely aggressive, kicking the front door of Busáras and repeatedly shouting “let me in”.

He was highly intoxicated and was falling over after kicking the bus station door.

The court also heard he shouted “f**k off” at the garda.

After he was arrested and charged, he sobered up and “seemed to be a different man”, a garda said.

Kearney had sunk into depression and drug and alcohol use after his family broke up and his house was repossessed, his solicitor Mervyn Harnett said.

The accused had gone for treatment and now seemed to have got a handle on the problems that “brought him here”, the solicitor added.