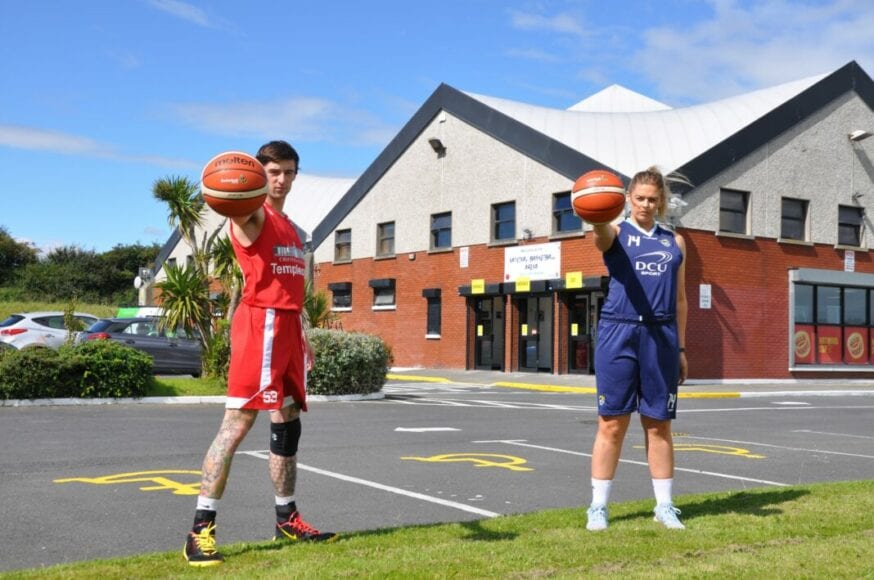 Hannah Thornton and her DCU Mercy team mates are willing to make sacrifice or adaptation necessary to make sure the planned new Super League season can go ahead as smoothly as possible.

Since March, she has had her first non-injury related break in well over four years with international events occupying her summer and the winters devoted to the club scene.

Her side wrapped up the 2019/20 title just before lockdown but they could not bask too much in the glory with the end-of-season Champions Trophy falling victim of the pandemic.

Initially, Thornton embraced the break but it soon began to weigh heavily.

“We never thought it would be that long. There were benefits for sure and the top athletes probably all kept themselves going – I took up road cycling – to keep fit. But nothing compares to the pace and intensity of a basketball game and that’s what we had to adapt to.”

To this end, she was thrilled to be asked to front up Basketball Ireland’s Slam Dunk Covid-19 awareness campaign, spreading the message and methods to ensure a safe return to the sport.

“We haven’t played in months; that was the first summer in a long time with no basketball which was so weird.

“As players, we are delighted to hear the initiative Basketball Ireland were putting in because it meant we can start playing again which is all we really want. Whatever Basketball Ireland needs us to do, to get the regulations in place, we are going to do it.”

With Mercy, she has already noticed some small changes with training time slightly curtailed compared to last year with DCU’s hall opening later. On the flip side, they are lucky not to be based in a school with some hall now redesigned as classrooms.

And Thornton is delighted her club coach Mark Ingle made sure everything was in place to do everything they could to stop the spread of infection.

“Some of the girls’ parents have underlying conditions so were quite apprehensive. I gave Mark a call about it and he reassured us. I didn’t know what to expect but, to be fair to Mark and his wife Annette, everyone had masks, every ball was sanitised, sanitiser was there.

“I would expect that in every club – I obviously don’t know if everyone is adhering to the guidelines – but when we went in, it was strict which is the way it should be and I was very impressed . The girls who had worries were much more comfortable and that is what you want.

“You don’t want them unsure whether they will train; all the girls are keeping their circles small even with some restrictions lifted. The most important thing is we can come back to basketball. Anything we can do, we will do it.”

The season does not get under way until mid-October but, already, thoughts of a cup run are central to her thoughts.

“As soon as we started back, Mark asked us ‘what are we here to do?’ He is excellent and always has his eyes on the prize and instills that in us.

“We had a really good season but the cup did get us – we didn’t perform in the semi-final the way we should have. We definitely want to build on that. The cup is the one everyone wants to win; the league is probably the best, most consistent team. It has that extra element to it so we definitely have our eyes on it.”

** As part of the campaign Basketball Ireland has launched ‘Basketball Ireland’s Covid Hero’ competition. The award is to recognise and reward inspirational, hardworking and dedicated members of the basketball community, who have done their best in managing Covid-19 within their clubs during this time.

If you know a coach, player, official, volunteer, parent or other who deserves to be celebrated as a ‘Basketball Ireland’s Covid Hero’, you can submit 100 words to covidhero@basketballireland.ie outlining why the person deserves this award.