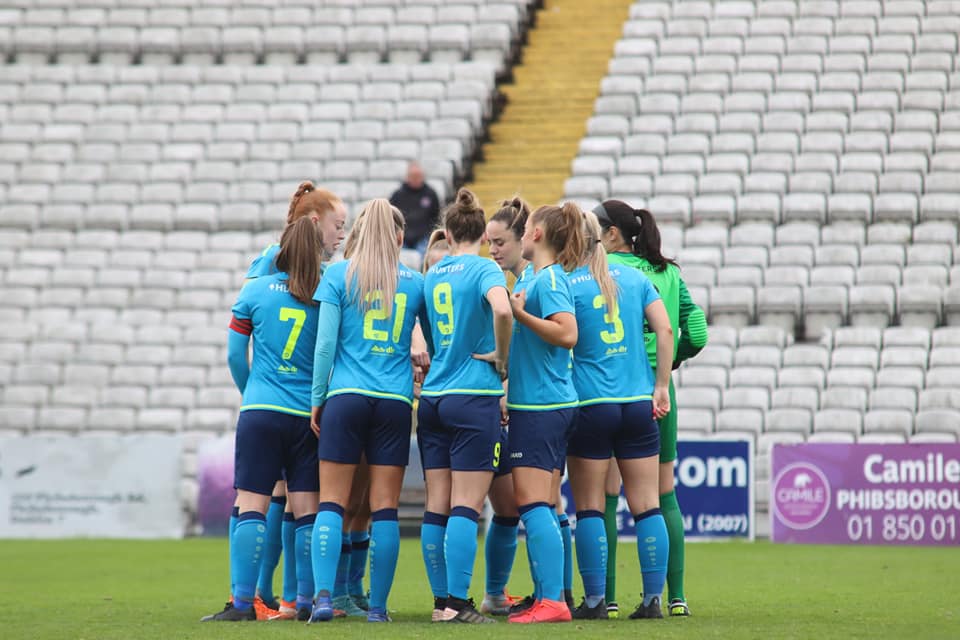 DLR Waves have strengthened ahead of the 2021 season with two eye-catching signings in the form of Kate Mooney and Rebekah Carroll.

The league winners with Shelbourne and Wexford Youths respectively will add to a Waves squad already boosted by the re-signing of 13 key players from last season.

Captain Catherine Cronin, player of the year Fiona Donnelly and Irish international defender Niamh Prior have put pen to paper on new deals with the south Dublin side.

Striker Carla McManus is back in tow after an injury-marred first season with Graham Kelly’s side, while former Ireland keeper Eve Badana and vice-captain Rachel Doyle also return.

Midfielder Carroll played as Waves were beaten in the 2017 FAI Cup final by Cork City, but it’s the arrival of striker Mooney that real catches the eye.

Waves had the second-meanest defence in the league in 2020, just behind runaway double winners Peamount United, but managed the second-lowest goals total with just 12 scored.

Mooney played up front for Shels as they won 2-1 at the UCD Bowl this year with a goal deep in injury time from Pearl Slattery earning the Reds the narrowest of wins.

The 21-year-old nursing student was suitably impressed by Waves that she reversed her decision from 12 months earlier and opted to make the move across the Liffey.

“I was nearly ten years at Shelbourne and I just wanted a new adventure,” she tells the Dublin Gazette.

“DLR asked for me last year and I was very grateful, but I wasn’t ready to leave then. I wanted to give myself another season. I did that, but then when they came looking back I thought, ‘I have to go’.

“They seem to be an amazing and they really support their players. I just wanted a new adventure for myself and a new challenge.

“I’ve won everything with Shelbourne, and I really wanted something new and I want to do the same with DLR. Win everything – cups, leagues – that’s the dream.”

Mooney will have familiar faces in the dressing room in the form of ex-Shels teammates Donnelly, Prior and Griffin, while having another nurse in the side in Cronin will also help.

“Fiona and Niamh were the first onto me to congratulate me because I was good friends with them when I was at Shels. I seen them develop over at DLR and I was like, ‘I really want that for myself.’

“Fiona is amazing in midfield. I think she was a right back with Shels and now she’s a midfielder – it’s just amazing the way her development has gone with gametime.

“Niamh Prior as well, left back, left wing, she can play anywhere.

“She wasn’t utilised enough but now she is, and I want that for me.”

Mooney played with McManus for the Ireland under-19 side and, with Malone having impressed in her first season of senior football, she is confident she can kick on to a higher level.

“It’s everyone’s dream in the Women’s National League, to play for Ireland. I wouldn’t come here to DLR if I didn’t want that.