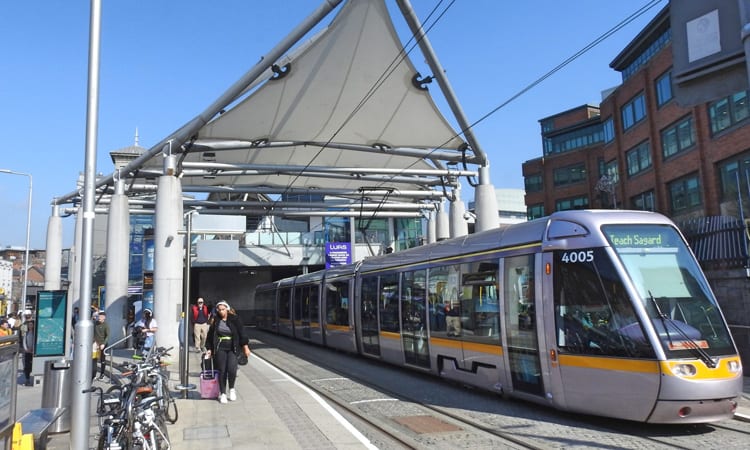 The business umbrella group wrote to the new minister last week urging him to follow through on projects already under way including MetroLink, BusConnects and the DART expansion scheme.

But the Chamber also warned against “turning off the investment tap” in an economic downturn at the expense of new transport infrastructure – a mistake that has been made all too often in the past.

Dublin Chamber’s head of public affairs Fergus Sharpe said: “The delivery of key projects such as MetroLink, BusConnects and the DART Expansion Programme will bring a number of vital benefits.

“These projects will help to dramatically improve quality of life in the Dublin region, reduce the chronic traffic congestion that is holding the city back and provide huge impetus to the Government’s aim of reducing carbon emissions by moving millions of journeys each year from cars to sustainable public transport.

“Over the past few years, considerable work has been done to progress a number of key major transport projects. We cannot afford to let this progress stall.

“We have dates for the start and completion of the MetroLink and BusConnects projects. It is really important that these dates are not allowed to slip.

“We also now need full project timelines to be published for the DART Underground rail line which will run between Connolly and Heuston – a missing rail link we have been talking about building for almost 50 years.

“At the very least, the new Government needs to get DART Underground ‘shovel-ready’ by the end of its term of office.”

Dublin Chamber has pinpointed the proposed 4km extension of the Luas green line from Broombridge to Charlestown in Finglas as a project which could easily be delivered in the short term.

Mr Sharpe said: “The Luas Green line extension to Broombridge has been very successful. Extending it to Finglas would open up the line to tens of thousands more people.

“The N2 route is one of the most congested in the city in terms of private cars. Introducing the Luas, combined with new park and ride facilities, will help reduce the number of cars coming in to the city each day.”

Gardai investigate assault in takeaway in Tallaght on Sunday