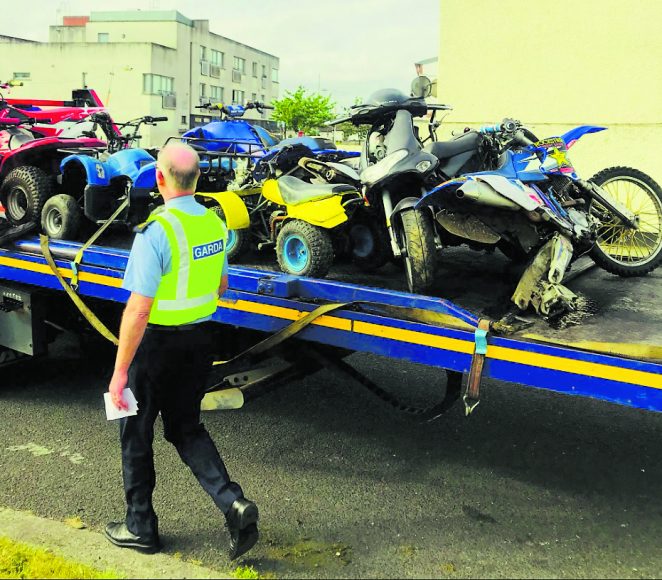 Gardai are to be given powers to seize scramblers and quad bikes on the spot if they breach new laws aimed at clamping down on anti-social use of the vehicles.

Proposals which went to Cabinet on Tuesday will also seek to allow gardai for the first time to enter private properties with a warrant to remove the vehicles.

The legislation put forward also aims to introduce specific measures which would prohibit the use of bikes on public or private land without permission from the landowner.

Transport Minister Eamonn Ryan said he was “determined” to stop the misuse of quad bikes and scramblers by making it an offence to use them in areas which were not covered by current road traffic legislation.

Ilabek Avetian, suffered devastating injuries after being struck by a scrambler while sunbathing with his wife in a park in Darndale on Dublin’s northside, two years ago.

Figures show 62 people were injured in scrambler and quad-related incidents in 2020.

Weather warnings issued for snow and low temperatures from tonight