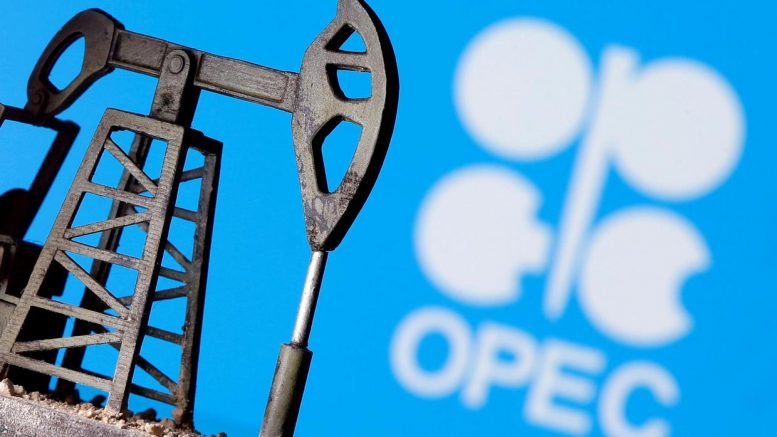 Oil surged at the week’s open as OPEC+ faced a critical decision on production and Europe’s energy crisis worsened dramatically.

est Texas Intermediate advanced toward $89 a barrel as European natural gas futures surged by as much as 35pc. The Organization of Petroleum Exporting Countries and allies including Russia will meet later Monday to set supply levels for October after Saudi Arabia flagged the possibility of a reduction.

Crude has retreated by about a quarter since early June as the global economy slowed and central banks hiked interest rates, erasing all of the gains since Moscow’s invasion of Ukraine. Last week, Russian energy giant Gazprom PJSC said gas flows along a key pipeline to Germany would not resume, just after G-7 ministers had endorsed a US-led initiative to cap the price of Russian oil.

“We view Gazprom’s decision to extend the Nord Stream 1 natural gas pipeline shutdown from the original three days to indefinitely as inextricably linked to the G-7 price cap,” said James Whistler, managing director of Vanir Global Markets Pte. While the intention is to retain Russian supply but hurt Russian income, “the reality is likely the opposite and we may see supply disrupted.”

The latest surge in European natural gas futures, which posted the biggest intraday jump since March, may be a double-edged sword for crude oil. While costlier gas can fan additional demand for crude-based fuels, the rally also threatens to plunge the region into a deep recession, denting overall consumption.

Oil’s advance came even as a Bloomberg gauge of the greenback rallied to an all-time high amid a broad shift away from risky assets, including equities, as investors assessed the fallout from Europe’s worsening energy crunch. Usually a costlier dollar is a headwind for commodities such as crude.

Ahead of the OPEC+ session — which falls on a US holiday that may thin trading — most market watchers said they expected no change to supply at this point despite the warning from Riyadh. JPMorgan Chase &amp; Co. said output quotas would be rolled into October as summer surpluses would turn into deficits.

Oil market time spreads have been volatile in recent weeks. Brent’s prompt spread — the difference between its two nearest contracts and a widely watched metric for clues on tightness — was $1.40 a barrel in backwardation, compared with $2.16 last Monday and 67 cents two weeks ago.