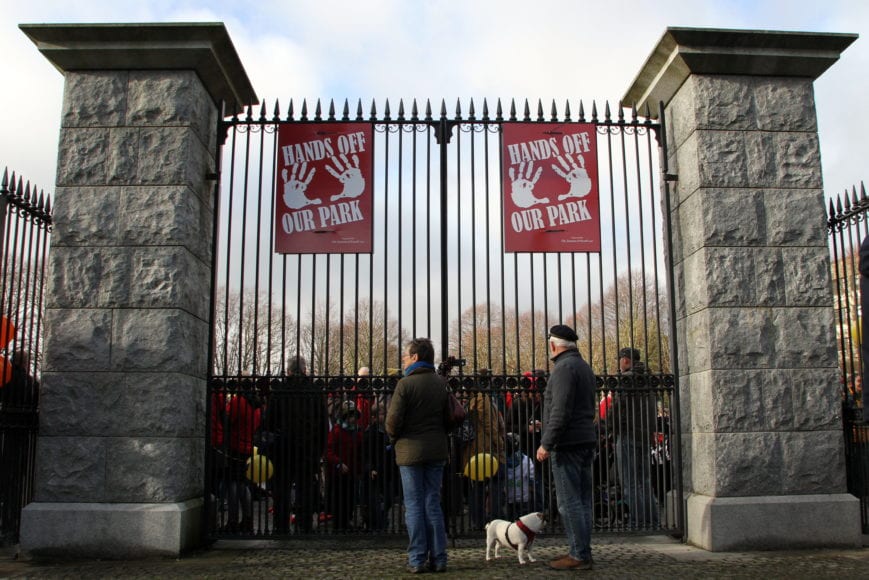 Permission has been granted for over 650 apartments on playing fields near St Anne’s Park in Raheny, despite objections from local residents and politicians.

An Bord Pleanala (ABP) have granted permission for 657 apartments to be built on the site beside St Paul’s College, despite recommendations from Dublin City Council for the project not to go ahead.

The development will consist of apartments, a creche, meeting rooms and a gym. There is also expected to be 499 car parking spaces, and 1,646 bicycle parking spaces on the site. Apartment blocks are expected to range from five to nine storeys in height across the build.

Local politicians, residents and environmental groups have all raised concerns regarding the project, with fear that the development could cause disruption to the Brent Geese and other protected species in the park.

Three local advocacy groups had lodged a submission to the High Court in May seeking a judicial review of another decision to grant permission for the plans.

However, ABP did not contest the review, saying that they had failed to carry out an ‘appropriate assessment in accordance with the requirements of the Habitats Directive’, and agreed to revoke permission.

One of the groups involved in seeking judicial review shared news of An Bord Pleanala’s approval of the plans on Facebook earlier today.

I Love St Anne’s made a post saying they will be ‘reviewing the details’ of the decision with their legal team, with hundreds of angry locals commenting their disappointment and frustration with the approval of the development.

One local wrote: “[It is] shocking that ABP does not take account of the widespread opposition to construction plans in this community park,” whilst another said that ABP’s decision was ‘an absolute disgrace’, as well as ‘very sad and disappointing.’

Another resident raised concerns over the strain that the build will have on local roads and public transport. “A terrible decision. Never mind traffic and the strain its going to put on already stretched dart and bus service, the visual and environmental impact of that development happening in the park is tragic. We have oceans of green fields, why build in a park?”

Protests have previously been held against the development, which has long been a point of contention in the local area.

Green Party councillor for the area, Donna Cooney, also shared the news on Twitter on Tuesday morning. “It’s maddening and difficult to fathom [An Bord Pleanala’s] conclusions,” she said, querying the decision made by the planning body.

An Bord Pleanála have again granted planning permission 657 apartments #StAnnesPark back of St Paul’s college. Saying they have considered the appropriate assessment sceeening? I can’t fathom their conclusions, or what mitigation there is habitate loss & runoff to nanikin river. pic.twitter.com/Peh7TUA3ml