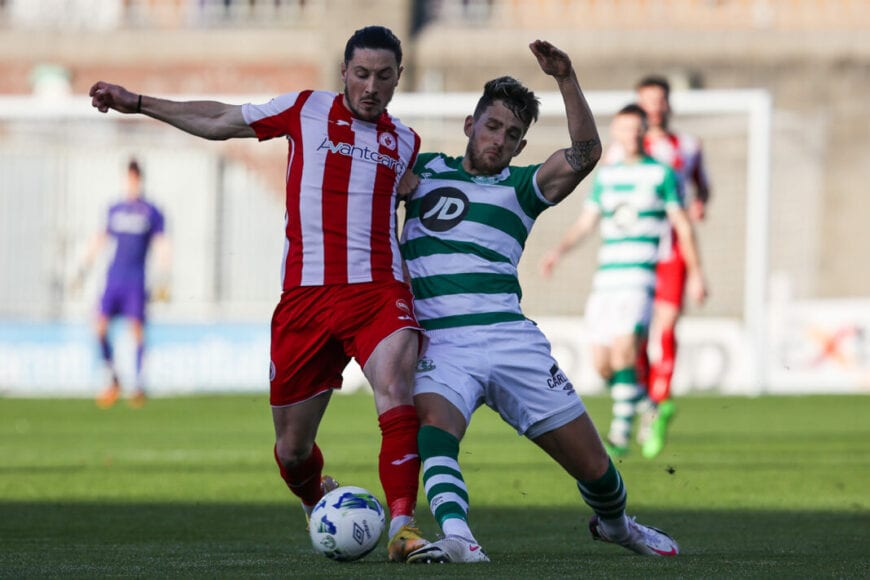 Shamrock Rovers will defend their FAI Cup crown at the Aviva Stadium on Sunday, December 6 after beating Sligo Rovers in the semi-final.

Aaron McEneff scored a first-half brace to seal the victory for the Extra.ie FAI Cup holders who will be looking to seal a league and cup double next Sunday.

It was a fantastic start from the hosts as a right-sided corner wasn’t cleared by the Sligo defence and McEneff was quickest to find the net from close range in the third minute.

Just before the break, Stephen Bradley’s side doubled their lead as McEneff found space just outside the area, turned inside and found the bottom corner from 16 yards out.

Sligo failed to mount a challenge in the second-half with Shamrock Rovers set to find out their final opponents when Athlone Town host Dundalk later this evening.

For Rovers’ Greg Bolger, it was his first game back after five months out injured and he is thrilled to have been able to play a part.

“It was a long road back,” the 32-year-old said. “Obviously, I was delighted watching from the stands; there was times I probably doubted things but I am thrilled to get back out there and having those butterflies coming onto the pitch is a great feeling.

“It has been a learning curve watching from the stands, seeing some things you mightn’t see in the thick of the action.”

“It’s great; these days don’t come around too often so we need to grasp it. The final will be different with no fans. Cup finals are big days with your family and friends, the atmosphere, the flares.

“At the same time, there is still the same medal handed out so we will give it a right go.”