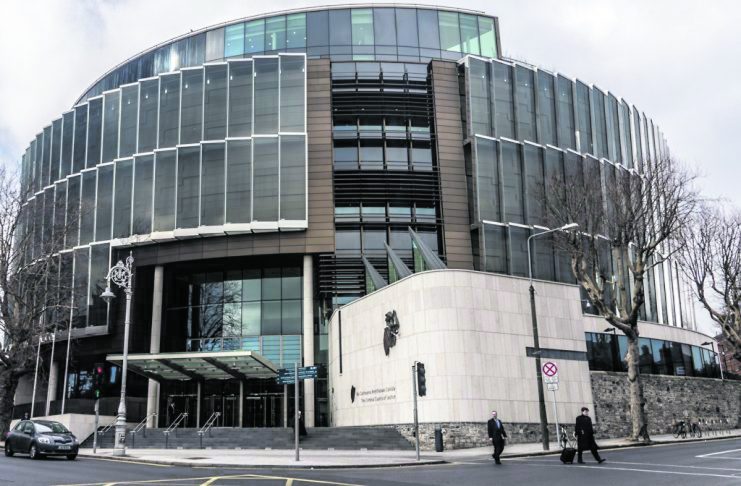 A Dublin man who was part of a large mob who tried to storm their way into a nightclub has been jailed for 18 months.

Moses Lulendo, 19, joined up with the group of males, some with their faces covered, who tried to push past doormen at Lost Lane nightclub off Grafton St on July 7, 2019.

Dublin Circuit Criminal Court heard that some of the gang had a hatchet and that a petrol bomb made from a Hennessy brandy bottle was also found near the scene.

Detective Garda Sarah Barry said the mob was trying to get into the nightclub to exact revenge on people they believed were inside who were linked to an earlier attack on a relative of Lulendo’s.

The previous week a car occupied by this man and another was attacked. Detective Barry said that the mob was going to the club that night in retaliation.

She said that she had never seen anything like this incident in all her 17 years working in the city centre.

In a victim impact report, a doorman from the venue said he had worked for over a decade in security and this incident was the most vulnerable he had felt in that time. He said he grew up in Belfast and was very aware of the devastation that could be caused by petrol bombs.

He said he had since stopped working in security as a result of these events and he continues to suffer flashbacks and panic attacks.

His barrister said Lulendo was not a ring leader on the night and was not armed.

Judge Elma Sheahan said that the defendant was part of a large group of males who had their faces covered. She said it was open to Lulendo to leave if he was surprised by the level of violence from “the mob” some of whom had brought weapons capable of causing serious injuries.

She sentenced him to a prison term of 18 months.

Lulendo also pleaded guilty to two robberies of an iPhone at a playground on October 29, 2017. Judge Sheahan imposed a sentence of 26 months but suspended the final eight months on condition he comply with the Probation Service for 12 months.