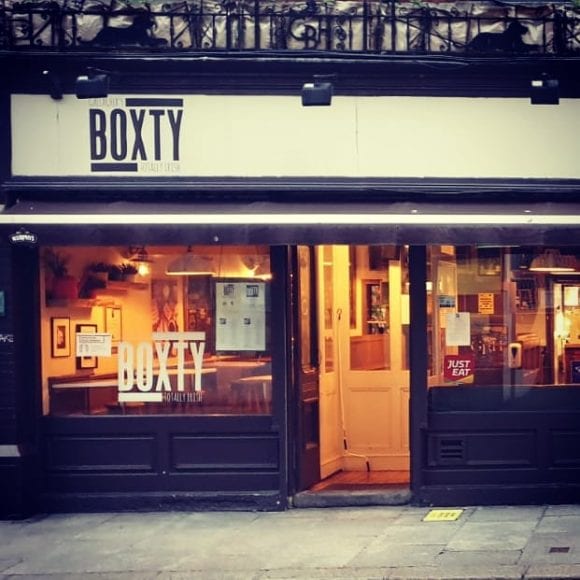 A POPULAR restaurant in Temple Bar has shut its doors just days after reopening following the Coronavirus lockdown.

The Boxty House is closed indefinitely after 32 years of business as its owner says the city centre is “completely dead” due to the pandemic.

Posting a statement on social media the iconic eatery said it would return to trading once business, which has slumped to 2008 recession levels, returns to normal.

Its Facebook page informed loyal customers: “Well, we gave it a try but unfortunately things are still a bit too quiet for us to reopen the Boxty House.

“Thanks to everyone who came in this week, it was lovely being back, even if for a short while.

“We will be back once things have improved a bit but for now its not where we need it to be.

“We are working on one or two other projects and we feel we would be better off focusing on them.

“Thanks again to all our friends and guests. See you sooner rather than later.”

The family-run restaurant, which has been operating in Dublin 2 for over three decades, was heavily reliant on tourists.

Overseas visitors – whose numbers are down by more than 90% – accounted for an estimated 90 per cent of their trade in the summer months.

Owner Padraig Og Gallagher said: “I’m there 32 years and have never missed a month’s rent. And that’s what really tears me apart.

“I had forecast to do possibly about 200 covers over the four days, Thursday to Sunday; that was what I was banking on doing.”

He added: “The city centre is dead, completely dead.”

With wet pubs closed until August 10 at the earliest, Temple Bar is now a deserted area of the city centre.

Mr Gallagher said he will now work in a kitchen in Tallaght to deliver ready meals locally until the sector recovers and footfall returns.

Dad’s plea for help to save little Livie’s life