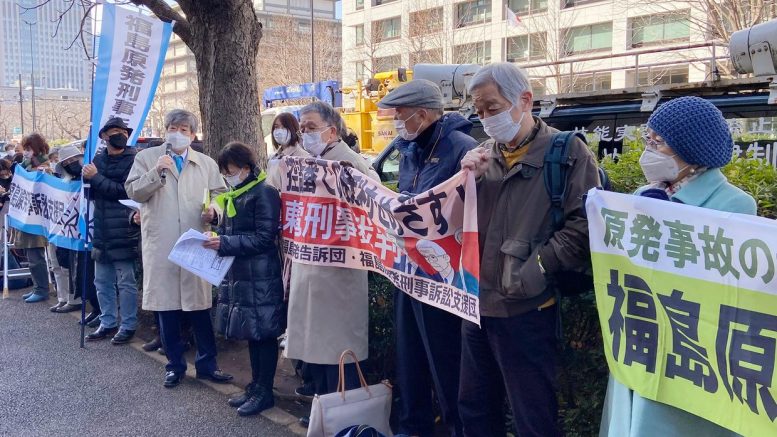 A Japanese court has found three former executives of Tokyo Electric Power Company (Tepco) not guilty of negligence over the 2011 Fukushima nuclear meltdowns and subsequent deaths of more than 40 elderly residents during their forced evacuation.

he Tokyo High Court ruling upheld a 2019 lower court decision that also acquitted the three former top Tepco officials, noting that a tsunami of that magnitude was unforeseeable.

The case is the only criminal trial related to the nuclear accident that led the former Tepco executives to face charges.

The court said ex-Tepco chairman Tsunehisa Katsumata, 82, and two other former executives were also not guilty of causing the deaths of 44 elderly patients whose already frail health deteriorated during or after forced evacuations from a local hospital and a nursing home.

The executives were accused of failing to anticipate the massive tsunami that struck the Fukushima Daiichi nuclear plant on March 11 2011, following a magnitude 9 earthquake, and of failing to take measures that might have saved the plant.

Katsumata and his co-defendants – former vice presidents Sakae Muto, 72, and Ichiro Takekuro, 76 – had consistently pleaded not guilty and maintained that predicting the tsunami was impossible.

Three of the plant’s reactors suffered meltdowns, spreading a massive amount of radiation into surrounding communities and the sea, and causing tens of thousands of residents to lose their homes, jobs and community ties.

The defendants had been charged by a civil prosecution panel.

During their trials, prosecutors demanded five-year prison sentences for each executive, accusing them of failing to do enough to guard against the threat of a large tsunami despite knowing the risk.

Prosecutors argued that Tepco could have prevented the disaster had the plant installed sufficient safety measures before the tsunami.

The acquittals disappointed and angered dozens of Fukushima residents and their supporters who attended the ruling or rallied outside the court.

They found the ruling especially disappointing because it came after a series of divisive court decisions.

One last July said the disaster could have been prevented if Tepco had taken better safety measures, ordering top executives to pay more than 13 trillion yen (£81 billion).

However, the Supreme Court in June said the disaster was unforeseeable and dismissed compensation demands from thousands of residents.

Prosecutors said Tepco was carrying out a tsunami safety review following a 2007 earthquake in Niigata in northern Japan which damaged another of its plants, and the three former executives routinely participated in that process.

In March 2008, a Tepco subsidiary projected that a tsunami as high as 47ft (15.7m) could hit Fukushima, prompting the company to consider building seawalls, but the executives allegedly delayed the idea to avoid additional spending.

Government and parliamentary investigations have said Tepco’s lack of a safety culture and weak risk management, including an under-estimation of tsunami risks, led to the disaster.

The company has said it could have been more proactive with safety measures, but that it could not anticipate the massive tsunami that crippled the plant.