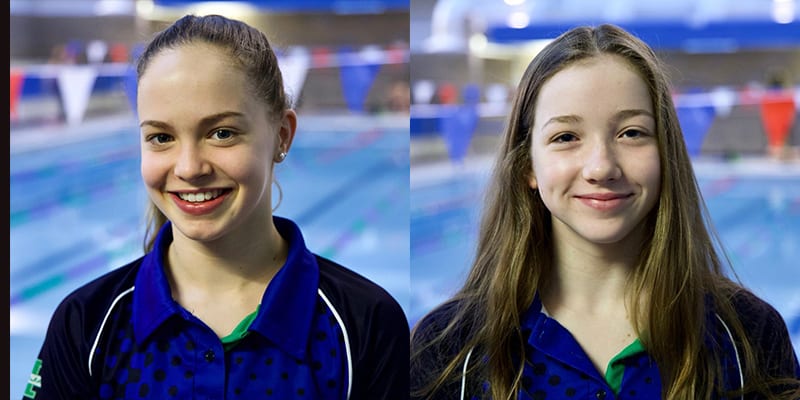 The group comprises Ireland’s brightest current prospects with potential to strike for Olympic places in the coming years, putting them among the top 38 swimmers in the country.

In addition, club members feature prominently in national plans to target a women’s 4x200m relay berth at the 2024 and 2028 Games.

For the Blackrock-based club, it continues their steep improvement with coach Jonathan Preston saying there has been a significant change in mindset with the arrival of a second full-time coach.

“We have extended the ladder mentally to help bridge the gap between club and performance swimming,” he told the Dublin Gazette.

“But more than just the physical side, in all the chats and meetings we say ‘this could be you; why not you?’ You have the coaching, the pool time, the support from your family structure.

He says it has been an important shift that has significantly reduced study-related drop-off and has opened up new opportunities both in Ireland with the national setup or even to the US on scholarship.

“Because Swim Ireland have put initiatives in place, we have grasped them and embraced them. And I think the kids feel now that they can achieve. That’s the change.

“Before, we weren’t in the top ten nationally; last year, we were in the top five and second in Leinster behind National team from Blanchardstown. It’s a nice indication the club is picking up and being recognised as an outlet in the area to produce these kids.”

With increased commitment, the lockdown did create increased need for clever solutions for the club as swimming pools closed their doors for the guts of four months.

“The first week I was like a rabbit in the headlight!” Preston said of those days in March. “I walked around Cabinteely Park with my wife and wondered what could I possibly do?

“We soon decided whatever we were doing weekly, we are going to flip that online. We’d keep it to similar times, gave them rest days where they normally got them and so on.

“We then put a lot more learning in and prepare presentations, giving individual sessions but also bringing the club together – close to 100 kids – on the same call once a week for group discussion on things like work ethic or work capacity, your expectations and experiences.

“We did a full lockdown of Zoom sessions meant the kids managed to exercise from March to July before preseason and continue to train. We didn’t say ‘see you in August’. We kept the shutters up and the engagement.

He was delighted with the buy-in, managing to keep over 90% involved, adding: “Colleagues in the UK lost jobs. Clubs were on their knees, facilities on their knees and can’t afford to pay this and that. We are very lucky and are proud we pulled together and the kids kept with us.”

To keep those dreams rolling, however, does come at a price with the club’s fundraising committee actively looking for financial support from local business with the operating cost of running the club as result of Covid increasing over 46% .

To this end, interested companies can find out more by emailing trojanfundraising@gmail.com.