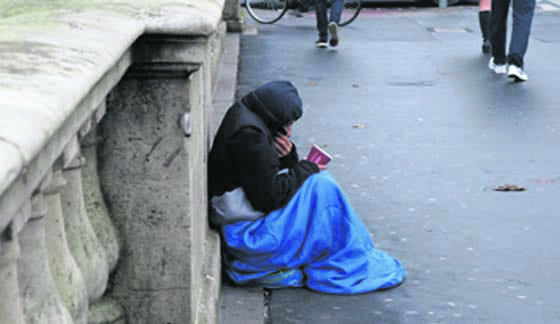 THE deaths of five people in homeless services in eight days has been described as “very alarming” – with campaigners claiming the true figure is even higher.

Four women and one man, the youngest aged just 19, died tragically in the capital in just over a week.

On Saturday a 19-year-old girl died tragically in a Dublin homeless facility, just two days after a homeless man in his 30s was found dead on Dorset Street.

Last Tuesday July 21 two young women, aged 21 and 34, were found dead at Abigail Women’s Centre in Finglas after apparently taking their own lives.

Another woman from the same centre with an underlying illness died in hospital just days later.

Inner City Helping Homeless spokesman Brian McLoughlin said: “It’s very alarming. There are an additional two unconfirmed reports so the figure could be even higher.”

Describing the deaths as “soul destroying” ICHH founder, Cllr Anthony Flynn, said: “There are legitimate questions surrounding deaths in homeless services that need to be answered.”

He added: “This is an unprecedented number of deaths in homeless services in such a short space of time bringing tragedy to many families.

“We have spoken time and time again of the urgent need for proper wrap-around supports for people in emergency accommodation and unfortunately this week has highlighted this even further.”

A silent vigil in support of the bereaved families and calling for more mental health supports for those in homeless units will be held in the city centre on Saturday.

Cllr Flynn said he had asked a number of questions of Dublin City Council about the Dublin Regional Homeless Executive which appeared to fall on deaf ears.

He asked how many homeless deaths had been reported to DRHE from July 1-26; how many of these deaths were in units paid for by DRHE; how many deaths were on the street and how many were male/female.

Cllr Flynn also asked if the DRHE has any “over-arching policy” on mental health supports provided within homeless services units.

He added: “Information received by my team indicates under reporting of deaths in service.”

A spokeswoman for the Dublin Region Homeless Executive said: “We are very aware of the pain caused by the death of a loved one. Five deaths in a week is an unprecedentedly high number, and is obviously a cause for concern.

“In all of these cases support was being offered by our homeless services, but unfortunately homelessness is often complicated by medical or social factors. Regrettably, even with the highest level of support, five people have lost their lives.”