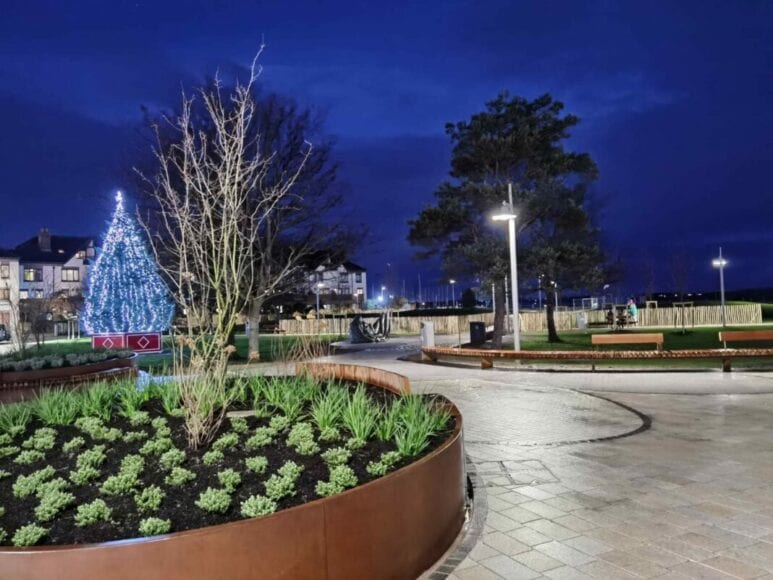 Fingal County Council says the Village Green in Malahide, which has undergone significant redevelopment, is now available for public use.

The approved plan for the Village Green resulted from an extensive public consultation process and was designed by Murray and Associates Landscape Architecture.

It involved a series of public realm improvements, including the installation of new paving, street furniture, re-contouring the open space as well as planting. It has the potential to become a hub of economic activity and a social gathering place for travellers using the planned greenway network.

The enlarged Town Plaza, one part of the new Village Green, is a paved open space and will be used for various cultural and commercial opportunities.

Mayor of Fingal Cllr David Healy said: “To see the green fully completed and open is a wonderful example of the continued hard work of everyone involved during such difficult times.

“The restrictions have delayed this project but the commitment to provide an improved amenity for Malahide did not change and this green space will provide a needed break into nature in the middle of the town for the residents.”

The scheme forms part of the Public Realm Strategy for Malahide undertaken by Fingal County Council in 2014.