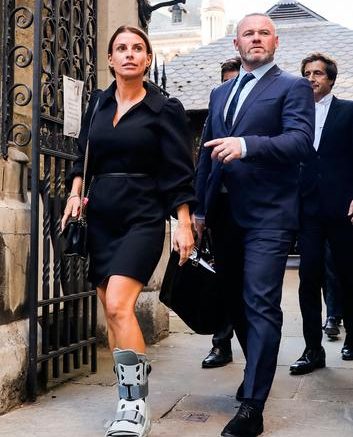 As the trial of Rebekah Vardy’s libel claim against Coleen Rooney over her ‘Wagatha Christie’ social media post ends, we take a look at some of the legal issues involvedWhat is the central issue in the case?

libel is a published statement which is damaging to a person’s reputation – or defamatory.

Mrs Vardy’s case is that she has suffered “very serious harm to her reputation” as a result of Mrs Rooney’s 2019 post which alleged Mrs Vardy’s Instagram account was responsible for leaking information about her to The Sun newspaper and she is seeking “substantial damages”, or compensation.

Mrs Rooney is defending the claim on the basis it was true and in the public interest for her to publish it.

What has to be proved?

In a libel case, it is up to the defendant – in this case Mrs Rooney – to prove their defence to the claim.

In this case, Mrs Rooney relies on a defence of truth – that what she posted when she identified Mrs Vardy as the alleged leaker was “substantially true”.

She also contends that she reasonably believed it was in the public interest to expose Mrs Vardy as the alleged leaker.

As this is a civil case, the standard of proof is “on the balance of probabilities”, or “more likely than not”.

At an earlier stage of the proceedings, a judge concluded that the “natural and ordinary meaning” of Mrs Rooney’s post, to the “ordinary reasonable reader” was that: “Over a period of years Mrs Vardy had regularly and frequently abused her status as a trusted follower of Ms Rooney’s personal Instagram account by secretly informing The Sun newspaper of Ms Rooney’s private posts and stories, thereby making public without Ms Rooney’s permission a great deal of information about Ms Rooney, her friends and family which she did not want made public.”

For Mrs Rooney to successfully defend the claim, she must prove that meaning was “substantially true”.

Video of the Day

How much in damages can Mrs Vardy expect to receive if she wins?

There is an upper limit of damages in libel actions of about £300,000, so that would be the maximum amount Mrs Vardy could receive.

The amount of damages awarded is likely to depend on a number of factors, including the level of harm caused to a person’s reputation and how many people read the published libel, but is usually dwarfed by legal costs.

Matthew Dando, partner at law firm Wiggin LLP, said: “Libel damages are virtually never as high as the costs of the process.

“If Mrs Vardy does win damages they will be a fraction of her total legal spend which will almost certainly exceed £1 million.”

What are the estimated legal costs of the case?

At a hearing in March last year, it was revealed Mrs Vardy had a costs budget for the case of nearly £900,000, while Mrs Rooney’s costs were estimated to be about £400,000.

However, it is believed the case has now exceeded those budgets and the legal costs – including for the trial over seven days – will be at least £2 million in total.

Mr Dando said Mrs Vardy “runs the real risk” the legal action will leave her out of pocket.

Who will have to pay?

Generally, whoever loses the case pays the vast majority of the other party’s legal costs.

If Mrs Vardy wins and gets either the same level of damages she is seeking, or a higher amount, then Mrs Rooney will have to pay almost all of her legal costs, as well as her own.

However, if there has been an attempt to reach a financial settlement at an earlier stage in proceedings, and an offer has been made in secret, this position changes.

If a defendant has offered a sum to settle a claim, and the claimant rejects it and then goes on to win the case, but is awarded a smaller sum than the earlier offer, the claimant will have to pay the defendant’s legal costs from the date the offer was made.

So if Mrs Vardy wins, but is awarded only a small amount of damages, she may to have to pay a portion of Mrs Rooney’s costs, as Mrs Rooney said she previously made efforts to resolve the case “amicably” without the need for a trial in 2020.

Mark Stephens, media specialist at law firm Howard Kennedy, said: “It is a possibility that the judge says effectively ‘a plague on both your houses’ – I’m giving you notional damages or some small amount of damages.”