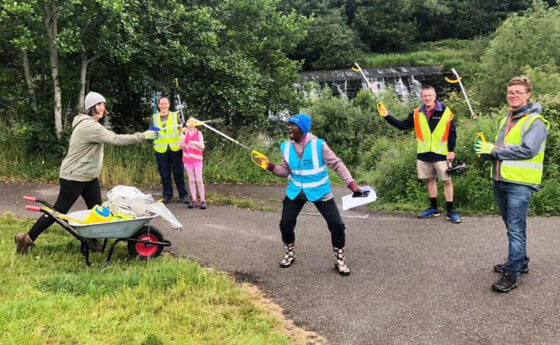 Speaking about the event, the group said: “We have never had so many new community groups join Dodder Action Day and our annual all-river clean-up has never stretched so far up and down the river.”

The Dodder continues to provide many with a place to walk and enjoy the outdoors, even in the city. The annual clean-up was expected to be busier than ever with the increase in visitors to the river over the recent lockdown.

Meeting points stretched all along the Dodder, from Ringsend to as far as Tallaght, where hundreds of volunteers from 11 different community groups joined in to help clean up the river banks.

Speaking to The Dublin Gazette, Dodder Action Committee member Victoria White said: “It was a huge success, we’ve never had so many different groups out and we’ve never gone as far up as Killinarden and as far down as Ringsend. In the modern history of the Dodder, there’s never been as much co-operation up and down it. Parts of the river are now pristine.”

However, speaking about the ongoing problem with litter in the area she added: “There’s been a big effort since we did the clean up last Saturday to wreck certain areas again. We’ve seen full picnics left behind in the last few days.”